The Great Lakes Water Authority says repairs are underway at the Lake Huron water treatment facility but may take as many as three more weeks.

SHELBY TOWNSHIP, MIch. (FOX 2) - About 133,000 Metro Detroiters remain under the boil water advisory, which may stretch for another two to three weeks.

The advisory is in place until September 3rd, creating a lingering headache for restaurants in Shelby Township. And that's hurting the lunch rush at Avi’ari Cuisine.

"Usually, about this time, we are packed in here and it's almost  a full house," said Liza Filipha, the manager. "As you can see, there are only three or four tables right now because of the water."

"Until yesterday, we have been boiling our water because there was a shortage at the store," she said. "They wouldn’t let you take more than two cases yesterday. My husband happens to find some gallons, and we’ve been serving it today."

Filipha says they are serving drinks in cans, boiling water for coffee and buying ice.

It is a similar story just down the street at Mexican Village.

"It's adding to the cost, as far as having to bring in ice," said Betina Peruzzi, a server. "We are now bringing in a couple of different sodas, so we’re serving from the two liters. So there is now extra cost and extra steps we have to do."

Peruzzi says the ice is too big for their blenders— so they can't make frozen drinks.

A boil water advisory is still in place for those in seven communities. And now for restaurants that were already hit hard by the pandemic— the water main repairs can't come soon enough.

"You know when it rains, it pours - but as long as we make the best of it and stick together and keep a positive attitude about it we will all come out better in the end anyway," she said.

Employees at both restaurants say they are taking all the necessary precautions. 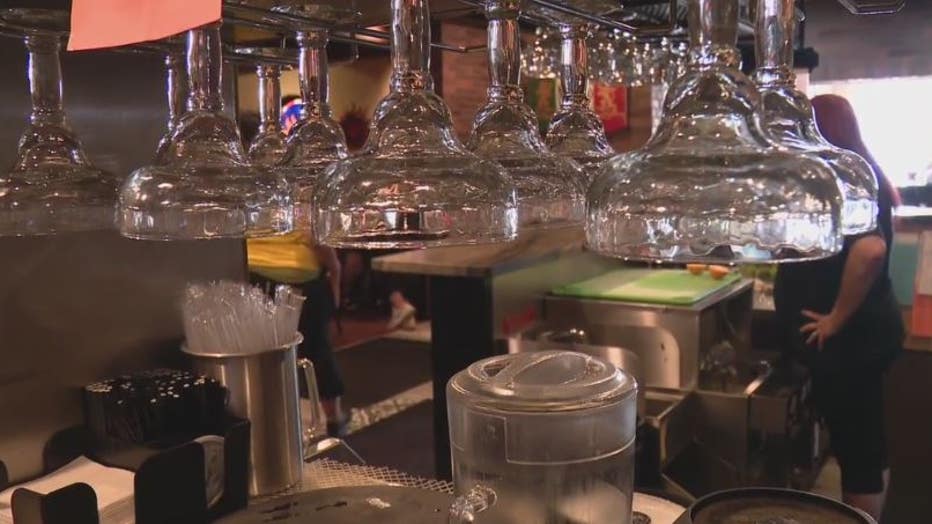