Do you remember what Halloween was like when you were a kid?

What was Halloween like when you were younger? Do you remember bitter cold and snow? You may not be alone but what does the data actually show?

SOUTHFIELD, Mich. (FOX 2) - When you think of Halloween when you were a child, what do you remember? Most of the people we talked to said it rained or was cold and snowed almost every year. But how true is that?

Well, it kinda is true, actually. Derek Kevra talked to people of varying ages - people who trick-or-treated in the 60s, 70s, 80s, 90s, 00s, and 10s - and found that, generally speaking, the memory of most people is pretty accurate.

We're all rooting for a nice Halloween forecast but what does the past tell us?

Halloween in the 1960s was relatively average with most of the days in the 50s and 60s except for 1968 when it did get a bit cold that night.

In the 70s, it varied a lot more with temperatures varying nearly every year from mild to cold. One of the people we talked to remembered it snowing in the mid-70s and he was right!

In the 1980s, things averaged out with many Halloweens near the 60s for a high and a bit of rain. That doesn't include 1988, which many will remember it rained, and then the temperature plummeted to a low of 27 degrees!

Any kids who were trick-or-treating in the 90s had it rough. That decade was bookended with nice Halloweens but every year in between was cold - especially in 1993 when it snowed.

Millennials who were out in the 2000s won't understand when people complain about rough weather. They had it easy as it was by far the best decade of the past 60 years with two Halloweens in the 70s!

The start of this decade was cold but at least it was dry. As for this year, it looks to be chilly with highs in the 60s and lows into the 40s and a light breeze.

This Halloween - be sure to get the FOX 2 Weather app on your smartphone and take it with you as you're knocking on your neighbors' doors!

It could always be worse! 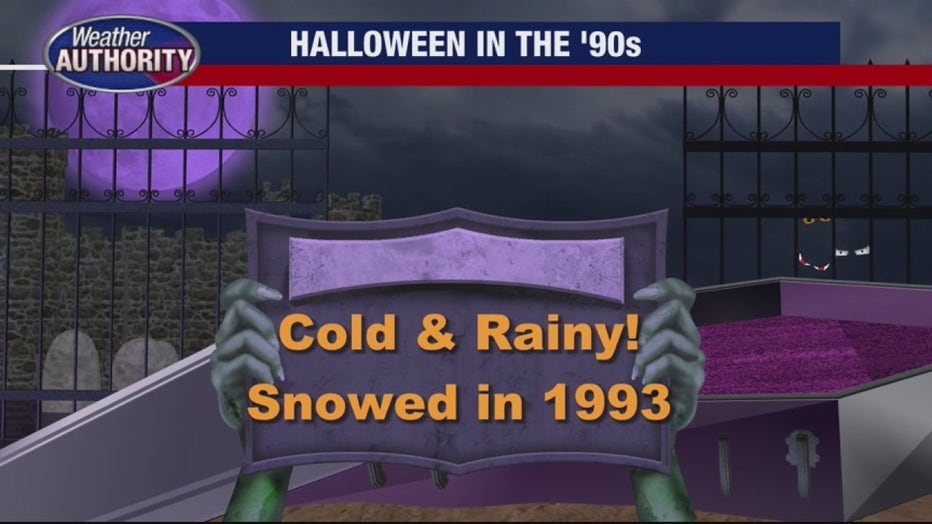