Michigan is my home and I am a local boy through and through: born and raised in Livonia, I attended Stevenson High School, Riley Middle School and Coolidge Elementary. Being able to forecast for the region I grew up in is a dream come true.

I received my Meteorology degree from the Atmospheric, Oceanic and Space Sciences department of the University of Michigan. In 2012, I was awarded the Certified Broadcast Meteorologist (CBM) seal from the American Meteorological Society.

According to the AMS, the seal represents that, "the holder meets specific educational and experience criteria and has passed rigorous testing in their knowledge and communication of meteorology and related sciences needed to be an effective broadcast meteorologist." I am honored to have won multiple Emmys for Best Weathercast in Michigan by the National Academy of Television Arts and Sciences.

After interning at Fox 2 News my career started at KDRV in Medford, OR as their morning meteorologist. Two years later I jumped to New Orleans, where I worked at WWL-TV. Studying Tropical Meteorology in school helped prepare me for the extensive severe weather coverage we had during hurricane season. In 2012, Hurricane Isaac made landfall less than 100 miles south of New Orleans and we were on air 24 hours a day for 5 straight days.  It was definitely an event that showed me the true power of Mother Nature.

There is no place I'd rather be than back home in Metro Detroit at Fox 2 News. Outside of work my wife and I are kept busy with our 2 kids (and dog) and love traveling Up North. Life is good! 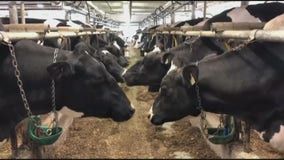 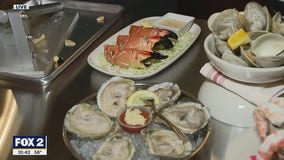 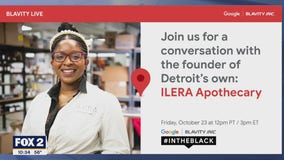 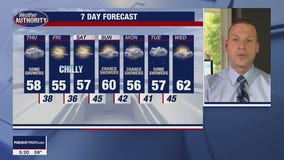 And sticks around through the weekend 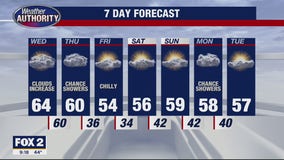 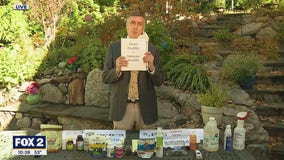 Dr. Mark Moyad is considered to be "the world's leading medical expert on dietary supplements." He has also been writing COVID-19 research updates since the pandemic started. He shares with us what he's learned this year. 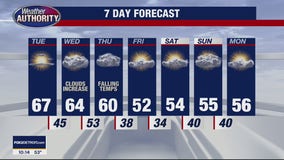 Enjoy today because the temp is going to drop! 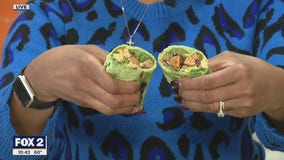 If you're thinking about going vegan, here's an easy recipe to get you started. 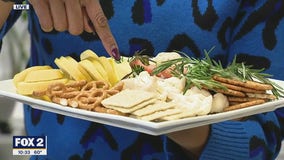 If you've been thinking of transitioning into a more vegetarian or vegan lifestyle, we have some tips. We talk to our vegan friend Que Broden for some advice. You can find more from Que at cookingwithque.com 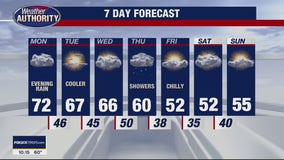 A few days of rain chances, but big drops in temps late in the week.