The school district is accusing the mayor of violating its right to free speech by reportedly preventing them from paying for ads on DDOT buses.

The school district is accusing the mayor of violating its right to free speech by reportedly preventing them from paying for ads on DDOT buses.

"It really has been an effective ad campaign for them," said Robert Schindler, an attorney representing River Rouge.

Officials say about a third of the students in River Rouge schools live in Detroit.

"DDOT was one of the cornerstones of that advertising campaign," he said.

So imagine the shock when a new lawsuit alleges that in July, Duggan supposedly pulled the plug on River Rouge School advertising on DDOT buses.

"We believe families in Detroit, the students in Detroit, should have options, and Rouge is offering them an option," Schindler said.

Oh but it's more than that.

"DDOT is a governmental entity, and as such, they're the government and they can't restrict speech the same way private entity could for example," he said.

The City Of Detroit responded, saying: "The claims made in this complaint are utter nonsense. The mayor never gave any such directive regarding River Rouge schools or any other advertiser. It is curious that in the three months that have passed since this alleged incident, DDOT has not heard a word of complaint from the River Rouge school district until today." 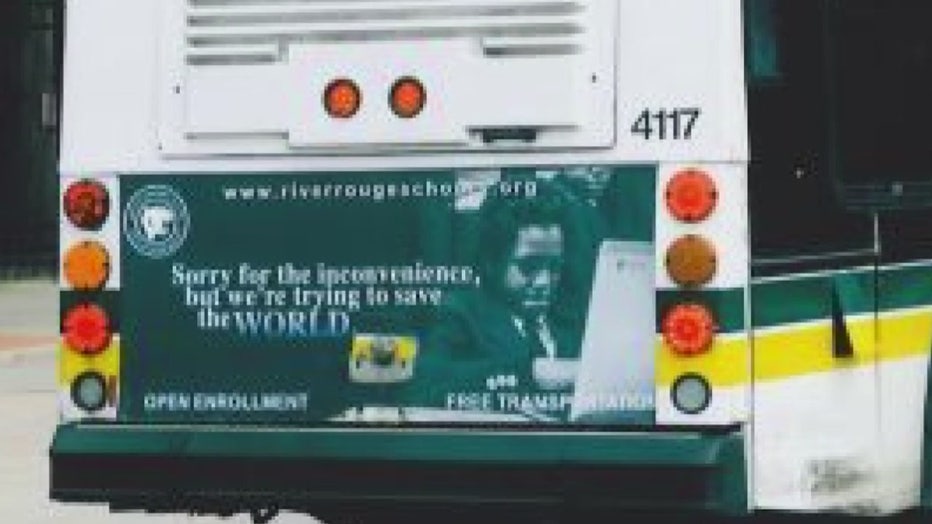 "Now they've just come in and changed the rules because they don't like who is sending the message," Schindler said.

Most lawyers would agree that one way to get rid of this lawsuit would be to not allow any advertising at all on DDOT buses.

"What this case is about is being able to have our message," Schindler said.