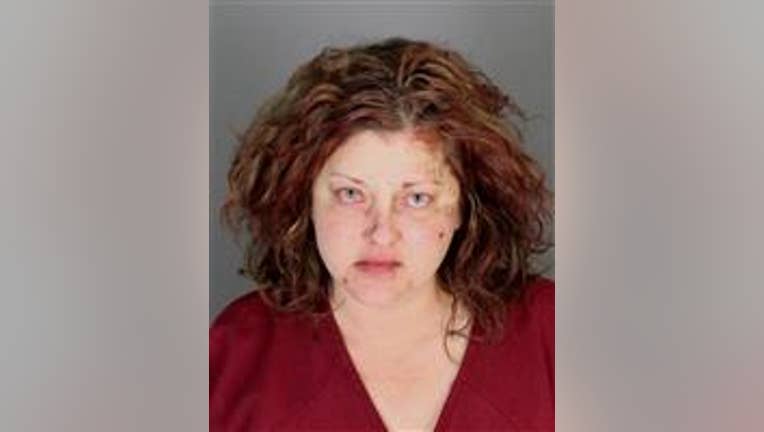 Allison Weaver, 44, is accused of biting her friend's face and trying to sexually assault her in her own apartment. (Oakland County Jail)

ROCHESTER HILLS, Mich. - A woman who was arrested earlier this week on accusations that she bit a friend's ear off and tried to sexually assault her has been identified as she awaits charges in the Oakland County Jail.

Allison Weaver, 44, was arrested earlier this week after police were called to an apartment in Rochester Hills. Weaver is still in the Oakland County Jail and was identified by jail records, but she has not been formally charged or arraigned as of 11:30 Thursday morning.

Rochester Hills woman wakes to ear being bitten off

Police in Rochester Hills said a woman was arrested for trying to bite her friend's face and sexually assaulting her Tuesday morning.

The Oakland County Sheriff was called to the Lake Village Apartments on Norfolk in Rochester Hills around 1:30 Tuesday morning. A neighbor on the first floor reported hearing someone moaning and calling for help.

When deputies arrived, they also heard someone calling for help and entered the upstairs apartment. That's where they said they found two partially naked women in a bedroom, covered in blood.

Deputies say one of the woman had numerous bite marks on her face and other facial injuries, and that part of her left ear was bitten off. The other woman, now identified as Weaver, was hovering over the victim and that they were lying on the floor, deputies said.

The victim, a 48-year-old woman of Rochester Hills, was taken to the hospital for treatment.

She told the sheriff she knew Weaver because they were once neighbors, and that she had invited the woman over for some drinks. She said Weaver made sexual advances towards her and she refused before going to bed. She said she was later woken up by the woman, who had taken off her clothes and began strangling her and biting her.

The victim told deputies the woman told her she was going to kill her.

Weaver was arrested that morning and taken to the hospital for detox and medical evalution. Deputies believed she was under the influence of alcohol and/or unknown drugs that were recovered at the scene.

Weaver is facing charges of assault with intent to do great bodily harm, and attempted sexual assault but has not been arraigned. Both charges are 10 year felonies.