ROSEVILLE, Mich. - A Roseville woman is facing up to life in prison without the possibility of parole for allegedly killing her mom.

Appearing in court Friday afternoon, Carol Rey appeared via video monitor in front of a courtroom.

"People Vs Carol Rey. The felony complaint reads that you're charged with first-degree murder," said the judge.

The 50-year-old first met law enforcement Tuesday morning after the victim's grandson asked for police to perform a welfare check on 69-year-old Patricia Bennett at her home on Congress near 12 Mile and I-94.

Carol Rey was in court Friday afternoon facing up to life in prison for killing her mother. During the proceeding, more charges were announced, including felony firearm and larceny over more than 20,000 dollars.

Bennett lived with her daughter Rey at the time. When police arrived, Rey apparently gave police too many excuses as to why her mother wasn't home.

"Basically they got a feeling the story just wasn't adding up. It seemed a little strange," Deputy Chief Donald Glandon of the Roseville Police.

After obtaining a search warrant and looking through the home, law enforcement found Bennett's decomposing body in the garage.

"Her remains were found in the garage, which is a detached garage to the home itself," Glandon said. "Just a total tragedy. Not only did they lose the grandmother in the family, but now you have another family member who stands accused of being the one who caused the death."

Bennett's body had been stuffed into a plastic storage bin with an exit wound in the back of her head. It's unclear how long her body had been stored in the tote, but police suspect it could have been there since November.

While in court, more charges against Rey were announced after law enforcement found bank activity in the victim's name.

"There was activity on bank accounts in the victim's name so there's money being transferred," Glandon said.

Along with the murder charge, Rey is also charged with felony firearm and larceny of more than $20,000. Between the time of death and her arrest, the suspect would message the victim's family from her mom's phone.

"During this time, the defendant would text family members from the victim's phone, posing as the victim to not draw suspicion," said a courtroom official. 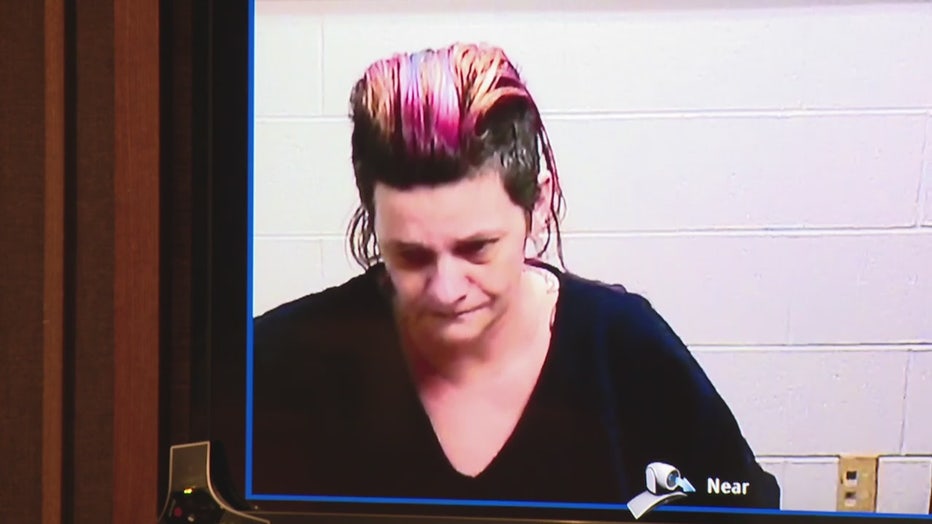 Rey's family was seen in court on Friday. Her attorney told the judge that Rey is bipolar and needs her medication.

However, law enforcement still isn't' sure what Rey's motive might have been - a case that Glandon is used to hearing.

"Unfortunately sometimes the motivation of people and what they do - I just sort of shake my head at times," he said.