(FOX 2) - A metro Detroit artist was selected by the White House to illustrate this year's Christmas book.

Jennifer Baghdoian was chosen by First Lady Melania Trump to illustrate the book that's given out every year to people who visit the White House during December.

A Royal Oak artist's hand-drawn illustrations were picked to be featured in this year's White House Christmas book.

Jennifer says she received an email from the White House in July after her artwork was discovered online. She admits she thought the email was fake at first, but after doing a little research she decided to respond.

"I was like, there's no way this is legit. It can't be real," she said. "All they wanted to do was talk on the phone and they weren't asking for my social security number or anything so I just agreed and the White House called me and we discussed the project."

Jennifer says she was one of a handful of artists that got to present to the First Lady, and her work was chosen.

The project required hundreds of hours of work but she calls it an honor and privilege.

"I was expecting them to choose like a seasoned book illustrator or someone that has been doing this for 30 years and has a lot of brand work and that kind of thing and I'm just starting. So it's amazing they chose me and there's only one artist picked every year through the different administration, so it was really just a chance to be part of history. And my understanding is the artwork now goes into the national archives which is pretty cool, and thousands of people, visitors, to the White House over the holiday season are receiving my book and they're going to have it in their homes on their coffee table for years to come." 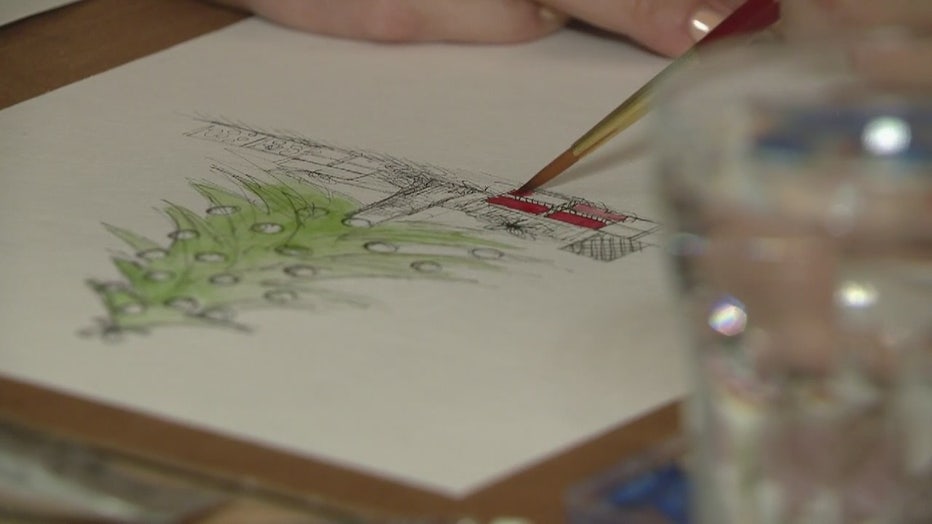 Jennifer started selling her art online just a little over a year ago after she was laid off at the end of her maternity leave. You can check out her work here.

She says her custom art is her most popular, especially with her home portraits. They're popular as closing gifts or for parents who are moving out of their home after so many years.

She tells us she was flown to Washington D.C. so she could get some reference photos, but she was never able to actually see the "finished project" of the White House decorations so she had to base her drawings off her imagination. She worked off photos of the White House furniture, architecture, ornaments and even what was baking in the kitchen.

"It was really cool to see after when the book was published, kind of my vision versus what the room really looked like and now there's a ton of photographs of the real rooms and so I can kind of see - and some of them are really close, it's amazing."

You can see some artwork from Jenny on the White House's website here.

Jennifer says she'll still love doing her personal commission but hopes this may lead to some other fun, expected projects.