SALINE, Mich. (FOX 2) - It has been an emotional week for the Saline community.

The owner of the Chelas restaurant in Dexter was the target of a racist remark that has since sparked national outrage. Wednesday night people gathered to show support for him and others who have experienced racism.

It has been an emotional week for the Saline community.

Adrian Iraola finished up a busy night at his Mexican restaurant. This week he has gotten some extra love from the community.

"They tell me to stay strong and stay the course and that's what we intend to do," he said.

Iraola recalled what happened while he spoke up at a meeting on Monday addressing racism among students at Saline area schools. Iraola, who immigrated from Mexico 40 years ago, was telling dozens of parents and school officials about how his kids got called derogatory names. 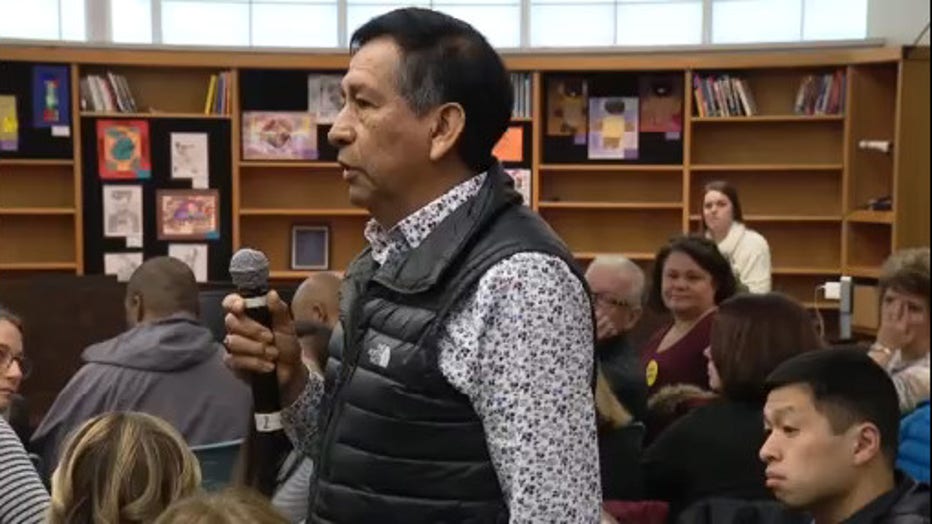 "I remember when I went to his bedroom to say goodnight and he was crying because of the abuse he was enduring at this school system," he said at the meeting.

It was then when a white resident of the community spoke up and asked, 'Then why didn't you stay in Mexico?' 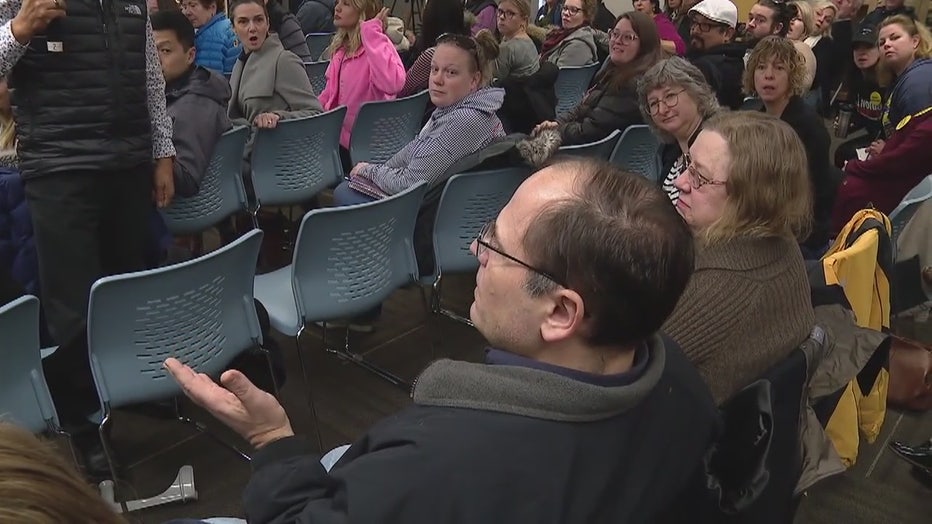 Family members identified the man who made that racist remark as Tom Burtell. FOX 2 went to the Burtells home looking for answers, but no one came to the door.

His son Matt Burtell denounced his dad's comment with a statement saying:

"The thing I want to say is my dad and his views represent too many people in America. We have a responsibility as people who disagree with these views to stand against racism. We have a moral obligation as fellow human beings to confront xenophobia."

Meanwhile, in downtown Saline, dozens came together with a peaceful protest standing in solidarity with Iraola and others who have experienced racism.

"We are horrified by what we've been hearing we want to stand with black students and LGBTQ students and immigrant students," said one resident.

"It starts with events like this. it's really important my office and two county commissioners are hosting a community conversation on Sunday," said another resident. "I know the school distinction plans to do more."

"There are definitely a few not so nice kids and kids who are racist, most of us are good kids," said a student. "I believe we just want to have an environment where everyone feels included." 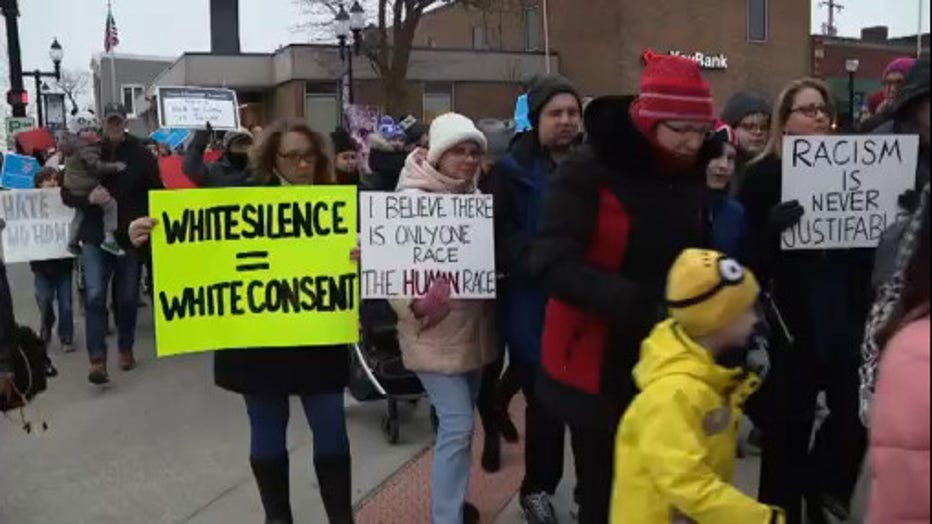 In the crowd was multi-racial couple Brian and Teresa Wright who they say their sons experienced racism at Saline schools for several years. They say they are hopeful.

"It's exciting to see people wanting to make the change because of what we are known for in Saline, we don't want that reputation," Theresa Wright said.