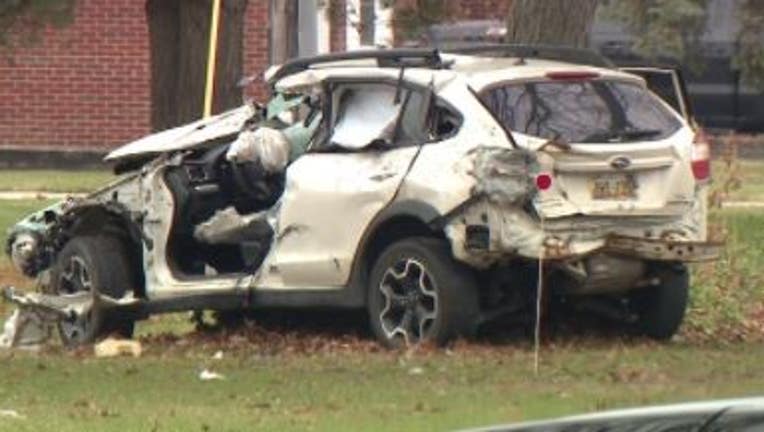 SOUTHFIELD, Mich. (FOX 2) - A 29-year-old woman was killed in a crash after a piece of scrap metal being towed in front of her came loose, and went through her windshield Thursday afternoon.

A pickup truck heading eastbound on Nine Mile was towing a trailer of scrap metal, when Southfield police say the trailer was "dislodged" and a piece of debris went through the windshield of the car she was driving westbound.

The 29-year-old woman, who then crashed, suffered serious head trauma. She later died at the hospital.

Nine Mile Road was closed at Northwestern during the investigation.

Anyone with information is asked to contact the Southfield police traffic investigator at (248) 796-5408.