FOX 2 - Michigan State Police is under fire for allegedly using encryption apps to hide internal communications from the public.

The allegations are coming to light in an unrelated, wrongful termination lawsuit. Encryption software - anyone can get for free. A popular one is called Signal, it erases any trace of messaging between users.

The allegations are coming to light in an unrelated, wrongful termination lawsuit. Encryption software - anyone can get for free. A popular one is called Signal, it erases any trace of messaging between users.

At least seven top MSP officials, and likely more, have and use the app on their work-issued cell phones.

"Make no mistake about it, they were doing this to get away with saying things that if the public knew about, they would be absolutely appalled," said State Rep. Jim Runestad (R-15th District).

Once the messages are deleted, they're gone. Runestad is convinced, they were trying to evade the Freedom of Information Act.

"No department I've talked to or I've heard of, is using their encryption software on their phones for day-to-day operation," he said.

It came out in an unrelated lawsuit involving a former state police inspector. Pinckney-based attorney James Fett was suspicious after requesting text message traffic among Michigan State Police top brass but got little.

Fett's suspicions led to an omission from MSP, by way of the courts, to using encryption apps.

On that list the captain who oversees the transparency and accountability division of state police and initially Col. Joseph Gasper - who later recanted his use of "Signal." 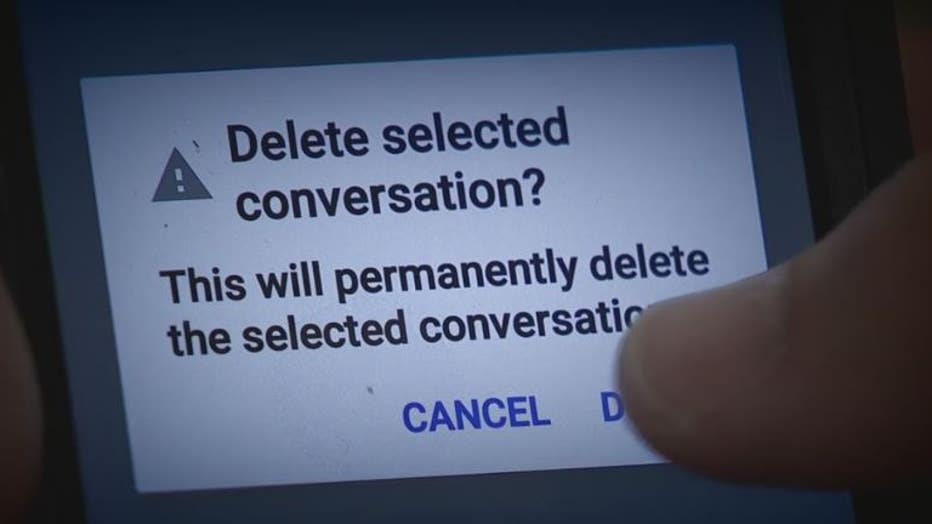 "I will be asking a lot of tough questions," Runestad said.

Runestad is on the senate appropriations committee that oversees how m-s-p spends its money - on Thursday, MSP representatives will go before that committee to talk budget.

"The timing couldn't be better for us being to put them in the hot seat to ask about the encryption software that conceals what the public has a right to know," he said.

Michigan State Police 1st Lt. Mike Shaw said, "We do not comment on lawsuits in the media. We will save that for the courtroom."