Wimmer says the Secretary of State’s office tried to lower expectations the days leading up to the primary - about when voters would see results online, even though they were posted publicly at polling locations.

FOX 2 - Primary election night included some long waits in Wayne County and in various spots around the state.

FOX 2 is told no tabulator modems were used, so it was not a case of outdated technology - and that 65 of Michigan's 83 counties were ordered to phase out those modems. The Wayne County Clerk's Office says it has been transparent with the phasing out of its modems and the impact it would have on reporting those results.

The votes are all in from Tuesday’s Primary, but it took a bit longer than usual to see them. It turns out unofficial results in many most Michigan counties could not be transmitted over the internet.

"Counties are phasing out using modems, and they’re doing this in accordance with guidance from the US elections commission," said Tracy Wimmer.

Wimmer, from the Secretary of State’s Office, says that’s to prevent the off-chance of interference and to counter misinformation that’s been circulated about the lack of election integrity by way of the use of modems.

"So as a result, the unofficial results from polling locations have to be driven by election workers in vehicles to the county clerk offices in the places where those modems are not being used," she said. "So there is a delay in the transmission of that data to the county clerk who aggregates and puts it on their website. But there’s actually not a delay in the results themselves."

The issue was evident in Wayne County where the winner of the hotly contested 13th congressional district race was not called until Wednesday morning.

This message was on the Wayne County Clerk’s website a little after midnight Wednesday:

"Based on the recommendation of the voluntary voting systems guideline 2.0 issued by the U.S. Election Assistance Commission, coupled with AT&T's decision in March 2022 to no longer support 3g modems, 65 out of 83 counties in Michigan are no longer modeming unofficial election results. this has significantly delayed the reporting process."

Wimmer says the Secretary of State’s office tried to lower expectations the days leading up to the primary - about when voters would see results online, even though they were posted publicly at polling locations.

"But with the modems one I think that was just a situation where people were not as familiar with the situation that was going on, so they were a little surprised by it," Wimmer said. "So we just wanted to make sure people understood the results were available publicly, just not in the way they were used to, as quickly as they’ve been used to them."

The Secretary of State's office says what really holds up results is the counting of absentee ballots  – which is how more people are voting nowadays -coupled with the fact that according to Michigan law, can’t process those ballots until 7 a.m. the day of the election.

The Secretary of State wants county and municipal clerks to have a lot more time to do so and has been pushing the legislature to make it happen.

The Wayne County Clerk's Office Elections Division has been completely transparent regarding the phasing out of tabulator modems in Wayne County and its impact on reporting election results for the August 2nd Primary Election.

News media made strong disparaging accusations going as far as to allege incompetency, which could not be further from the truth!

The decision to discontinue modems was made for 65 of 83 Michigan Counties based on changes instituted by the State of Michigan in response to election security recommendations from the U.S. Election Assistance Commission after Election 2020.

The State of Michigan will no longer certify the use of tabulator modems for the transmission of unofficial election results.

To be clear, no tabulator modems were used by clerks in Wayne County. It's not a matter of outdated modems - it's a matter of all modems no longer being utilized in the State of Michigan for counties using the Dominion Voting System.

Wayne County has 918 precincts - the most in the state!

Local clerks administer elections, and report their results to county clerks; results can't be reported until they are received from local clerks. 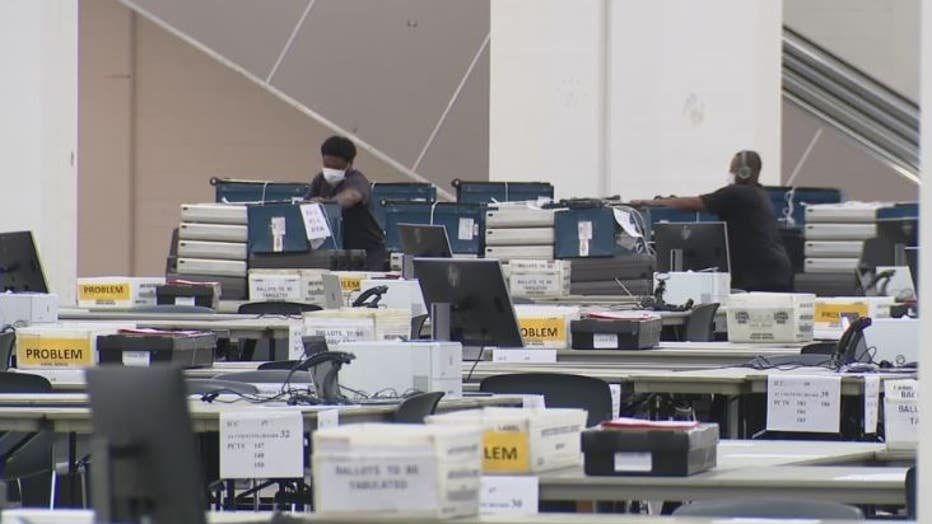