But if you are being crushed in the crowd or thrown on the ground of a mosh pit, cover your face and don't panic, he said.

In 1999 - he was hired to handle concert security at the "Hard Knock Tour" featuring Jay-Z and DMX - the first rap concert at the Joe Louis Arena since the infamous NWA concert a decade prior.

Brown's tactic to cut off the crowd, kept people in their seats and the concert of 20,000 people under control.

It was a much different scene at the Travis Scott Astroworld Festival in Houston over the weekend where eight people were crushed to death and dozens more injured. A criminal investigation is underway.

"The fault of this solely lies with the safety managers," Brown said. "The entertainer is not in charge of safety. They are supposed to be entertaining. That microphone should have been cut off, lights should have flooded the area and taken off the star, and put on the crowd. And at that moment, all emergency services should have gone to the crowd, into the crowd, and started cutting from the rear."

If security doesn't take the proper steps to control the surging crowd, Brown says there are ways to protect yourself - stay away from the front, stay close to the exit or at least know where it's located, and if chaos erupts, make sure to brace yourself with your friends.

"So as you are bracing arms, you have your friends here – if there are two of you, so you have a base," Brown said. "Keep your knees bent. As I push, you are able to brace and push each other back and forth."

But if you are being crushed in the crowd or thrown on the ground of a mosh pit, cover your face and don't panic.

"If you end up on the ground, you roll into a ball like that, and keep your extremities covered - your throat and your eyes," Brown said.

This will allow you to protect yourself until you are able to break away and breathe freely.

"The most important thing is, you have to stay calm," Brown said. "The calmer you are, the less likely you are to have a panic attack and lose oxygen." 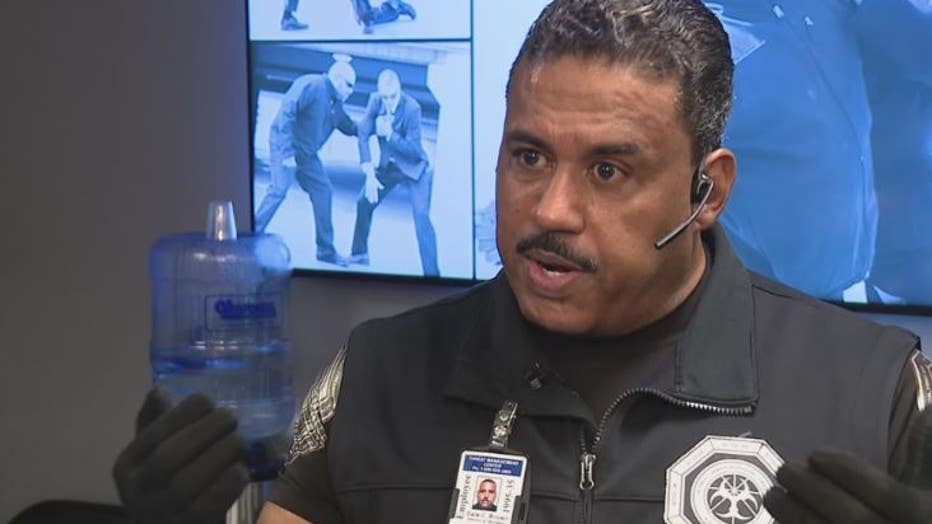