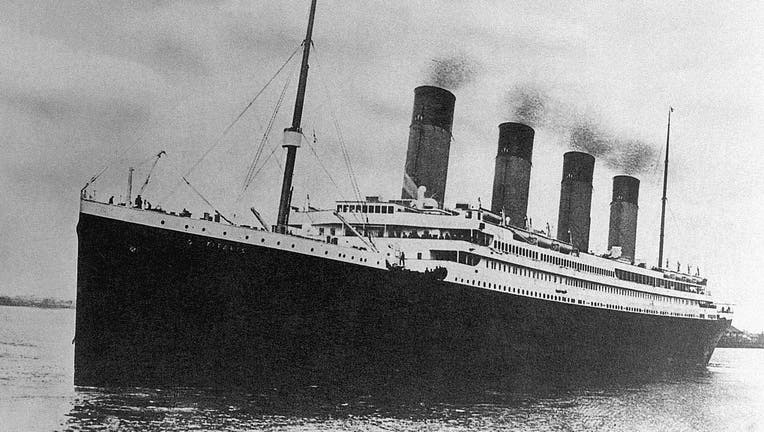 Space is often touted as the next boom in tourism, but how about traveling to the depths of the ocean to see the world’s most famous shipwreck?

OceanGate Expeditions sends citizen crews to the RMS Titanic with a team of dive experts, scientists, and filmmakers. After successful expeditions in 2021 and 2022, the company is now accepting applications to join its 2023 team.

Over 100 years ago, the Titanic — referred to at the time as being "unsinkable" — sideswiped an iceberg in the North Atlantic Ocean during its maiden voyage in 1912 and plunged into the ocean. While some managed to escape on lifeboats, nearly 1,500 people died. The wreckage wasn’t discovered until 1985, roughly 380 miles from the coast of Newfoundland, Canada.

Now, OceanGate is giving a small group of paying tourists the opportunity to view the Titanic during a 10-day mission, including eight days at sea, according to a tourist brochure. Guests pay $250,000 to take a five-crew submersible, called the "Titan," down about 2.5 miles to the wreckage on the ocean floor.

Only six "mission specialist" positions are available for each mission, the brochure adds.

RELATED: From deep sea to outer space, tourism is now reaching the ends of the Earth

OceanGate’s submersible was designed in collaboration with NASA to provide a safe experience at that depth. OceanGate said the air pressure inside the Titan "remains constant and equal to what we experience at sea level, eliminating the need for decompression during the ascent."

Once at the bottom, the Titan’s cameras provide a live view of the Titanic which crew members can see on a large onboard display or on their own tablets.

An up-close look at the remains of the Titanic. (Credit: OceanGate Expeditions)

"With the click of a button, Mission Specialists can select a camera, monitor the sonar, or view preloaded images of deep-sea species, and the Titanic as they experience an entirely foreign world that only a handful of people have had the privilege to experience," the tourist brochure says.

The 2022 Titantic Expedition captured the first ever 8K footage of the wreckage, displaying an incredible level of detail and colors.

"We are seeing new details in this footage. For example, I had never seen the name of the anchor maker, Noah Hingley & Sons Ltd., on the portside anchor," Rory Golden, OceanGate Expeditions Titanic expert and veteran Titanic diver, said in a statement last month. "I’ve been studying the wreck for decades and have completed multiple dives, and I can't recall seeing any other image showing this level of detail."

OceanGate is accepting applications from those interested in joining the 2023 Titanic Expedition as a "mission specialist."

Those who join the crew will be part of the company’s mission to conduct annual scientific surveys of the wreckage to add data and images "for the scientific record," document the condition of the ship and the marine life at the site, as well as assess changes as the shipwreck continues to decay.

Those interested must be at least 18 years old when the expedition starts and be able to board small boats on rough seas, according to the company. They must also have a valid passport and "be comfortable in dynamic environments where plans and timetables may change."

Physically, they must have basic strength, balance, mobility, and flexibility. OceanGate gives examples such as climbing a 6-foot step ladder or carrying 20 pounds.

Lastly, but most importantly, they must pay $250,000 for mission training and support.

"Happiness, joy, all the emotions," Chelsea, a mission specialist picked for the 2022 expedition, said of the chance to finally see the Titanic. "It was more incredible than I ever imagined."

FOX's Ashley Dvorkin joins NewsNOW from FOX's Pilar Arias to talk about the significance of a film like 'Titanic,' what the blockbuster did for the main actors and what's next for James Cameron.

After completing the application online, a representative from OceanGate will get in contact to answer questions and provide another application. From there, they’ll take part in a Skype/Zoom interview. If selected, they’ll pay and begin training.

The training covers a variety of roles such as submersible navigation and piloting, tracking and communications, and submersible maintenance and operations, according to Oceangate. The selected participants make one submersible dive and help on the surface when other teams dive.

The team departs from St. John’s, Newfoundland aboard a dive support ship, called the Horizon Arctic, at the start of the mission. Described as a "working ship," the Horizon Arctic has a mess deck, comfortable lounges, and even a workout center.

While in the submersible, the crew will spend "three to five hours" exploring the Titanic wreckage, the company said.

RELATED: How the Titanic was taken down by a mirage