No serious injuries after semi-truck crashes into apartment in Detroit

A semi-truck heavily impacted an apartment building and damaged five parked cars early Monday morning. The driver is also missing after witnesses say he ran from the scene. The tenant at the apartment that was damaged was taken to the hospital as a precaution.

DETROIT - The driver of a semi-truck is missing after he lost control of his vehicle, struck multiple parked cars, and collided with an apartment building wall.

No one was seriously injured in the crash, but the structure near Greenfield and Grove in west Detroit sustained heavy damage.

A tenant in the apartment complex was taken to a hospital as a precaution, however.

The crash happened around 2:30 a.m. Monday. Multiple police and fire units were on the scene by the time the crash was reported. 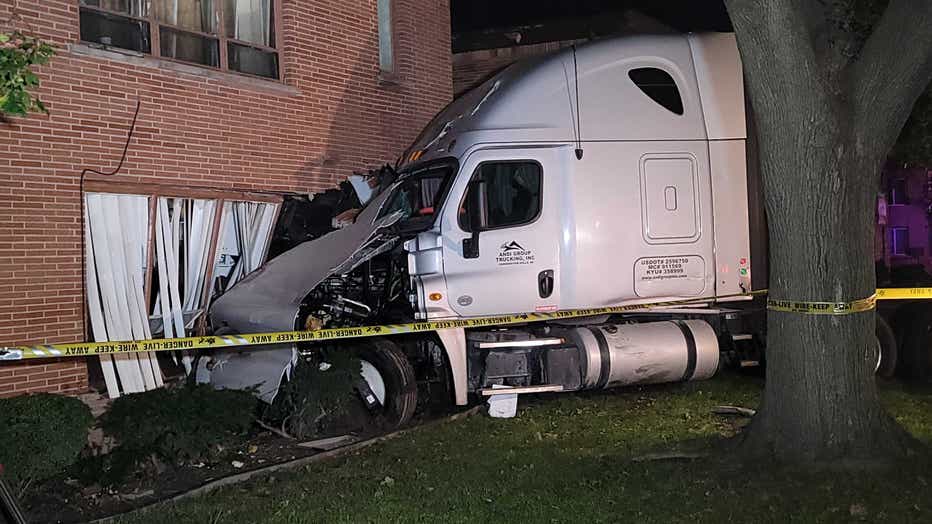 It's unclear what caused the semi-truck to lose control. It struck five parked vehicles before colliding with the corner of the apartment building.

One resident who spoke with FOX 2 said that had the parked vehicles not slowed the truck's speed, the impact could have been a lot worse.

RELATED: As traffic fatalities spike, federal agency in charge of auto safety struggles to keep up

Witnesses at the incident didn't get a good look at the driver before he fled, only describing him as wearing a white jumpsuit.

No other information was given. 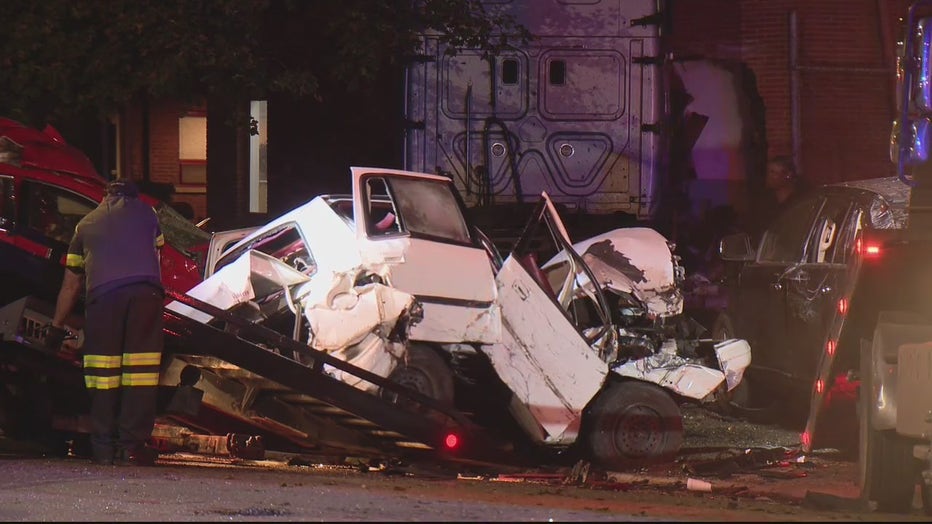