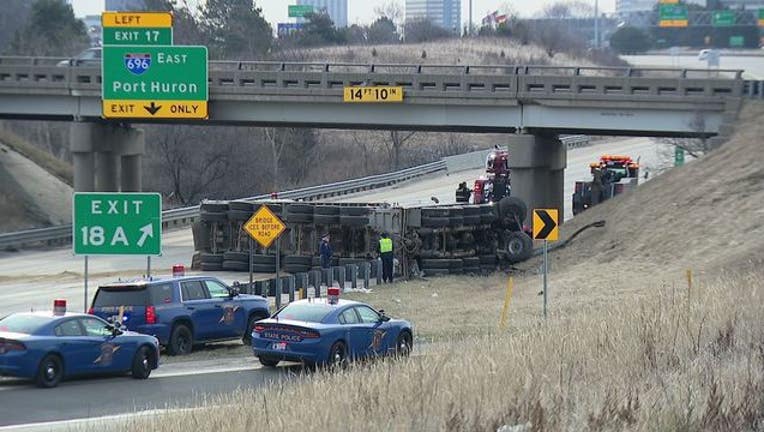 (FOX 2) - A semi truck driver was killed in a crash on M-10 Tuesday morning, prompting the closure of The Lodge and ramp to 696.

The crash closed down the southbound lanes at Telegraph and some freeway ramps in the area. The semi tipped over and scattered debris across the freeway.

Michigan State police said the driver of the a semi, a 55-year-old, was killed in the crash.

MSP says they're searching for a white SUV, driven by a woman, who may have witnessed the crash on the Lodge around 8 a.m.

The Lodge was closed throughout the day but was reopened around 5:20 p.m.

It's not known yet what caused the crash.