WARREN, Mich. (FOX 2) - Warren police are looking for a man wanted for going to the bathroom in unlocked vehicles.

Serial pooper on the loose in Warren, using unlocked vehicles to defecate in

Employees at Mr. Friendly Auto Service could not believe what they saw and smelled as they went to push a van into their shop.

"I just couldn’t believe somebody is that inhumane," said Chris Phillips. "That ignorant."

Employees at Mr. Friendly Auto Service on Van Dyke could not believe what they saw and smelled as they went to push a van into their shop.

They immediately went through their surveillance video which showed a man illegally dumping - but not the kind you would normally expect.

"He grabbed some sanitary napkins, then defecated inside the customer's van, pants half-down," said Phillips, the manager. "He wiped in the parking lot dropped the napkins on the ground picked it up and threw it in the dumpster."

Warren police say this first happened back in November shortly after midnight. Employees say they lock the doors of all the vehicles they service. But this time, the unlucky customer's doors would not lock.

"This is our first incident," Phillips said. "We’ve never had any break-ins, nothing was stolen out of here. I’ve been at this company for 20 years and never ever have seen anything like this before."

Fast-forward to January, when Phillips says the man came back again, but this time kept his pants on. Then earlier this month, Warren police say the same man showed up at nearby Twins Tire also on Van Dyke.

Employees there say they also make sure all doors are locked, but they say the man went from car to car early in the morning, until he found one with the doors unlocked because of an electrical problem. Then the pooper struck again.

"Very disgusting, the guy needs to be caught," Phillips said. "There is something wrong with him."

Police say the man was even seen near vehicles at a third auto shop but he did not defecate.  Meanwhile, both vehicles got cleaned up and the shops are cooperating with police. 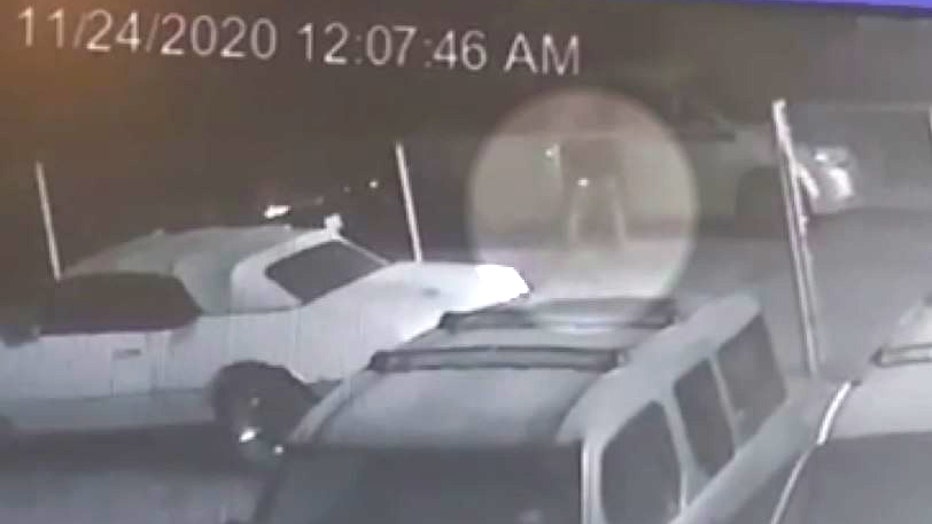 Still photo from security camera footage at one of the incidents.

Tjere now there are some extra precautions in place.

"Now we’ve got double padlocks the gate where the customers cannot get back there, no vehicles are allowed to stay out front anymore," Phillips said. "We want make sure this doesn’t happen to somebody else."

Warren police say it is looking into a lead in the investigation. It is unclear if mental illness played a role in the incidents.