ROCHESTER HILLS, Mich. - Talk about timing. Whether it's good or bad depends on who's being asked.

If you're the 54-year-old woman arrested in a Rochester Hills subdivision Saturday morning, it's bad timing.

"I saw one police officer and then after a couple of minutes more and more just kept coming out," said Sarah Boos, a neighbor.

Following reports of a hit-and-run incident, police were interviewing one of the victims in a Rochester Hills subdivision when the alleged suspect drove by the two. After pointing out the driver, the officer initiated a traffic stop. When the officer asked the driver to put her car into park, the 54-year-old Shelby Township resident backed into the squad car. The driver was taken to a nearby hospital for a blood test and was arrested for operating a vehicle while under the influence and leaving the scene of an accident.

Before police converged on the suspected drunk driver, a deputy with the Oakland County Sheriff's Department was questioning an alleged victim of a hit-and-run incident on Arlington Road in Rochester Hills. During the questioning, the victim informed the deputy the vehicle driving by was the suspect in the hit-and-run.

The deputy initiated a traffic stop a few blocks away. Dashcam footage shows the officer knocking on the window for the Shelby Township woman to put the vehicle in park. Instead, she put the car in reverse and backed into the squad car.

The driver was later taken to a nearby hospital for a blood test. She's currently being held at an Oakland County jail, arrested for operating a motor vehicle while intoxicated and leaving the scene of an accident.

For some Rochester Hills residents, incidents like these pay credence to why more police are needed.

"I think they need to patrol the road more often - more in subdivision," said Hussein Razmi, who lives in the area. "See around this circle? People come down Rochester Road, stop at the corner and get high and drunk, then go to downtown Rochester and have fun." 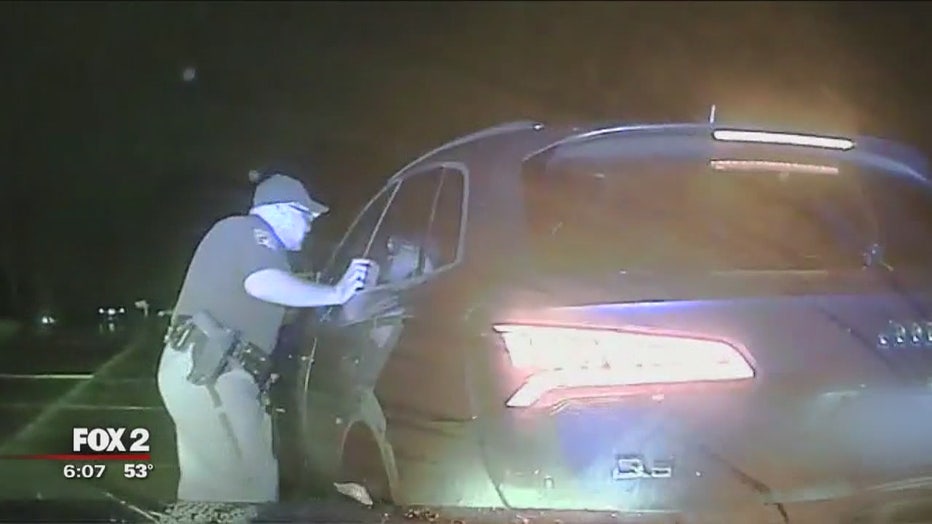 The arrested suspect was also caught speeding in Gladwin in July 2018, where she received two points on her license.

An arrest warrant will be requested pending the results of the blood test.