Even though the shooting in Uvalde, Texas is 1,500 miles away, news of the massacre that killed 18 children and one teacher travels quickly to families here in Metro Detroit.

WEDNESDAY NEWS HIT - Despite America's latest mass shooting happening more than 1,500 miles away, the shockwave from the tragedy that left 19 children dead as well as two teachers is being felt intimately at home in Michigan.

While gun violence continues to stun a country managing several crises, for communities like Oxford in northern Oakland County, its a feeling that many are still trying to reconcile while also moving on. Another incident may complicate that process for some.

"It's incredibly raw given our recent experience in this area so it brings back flashbacks for all the students, teachers, parents in the community at large right here, in Oakland County and specifically in Oxford and to our people, our men and women that are very much involved on that day and are still dealing like many people with the aftermath," Sheriff Michael Bouchard said.

It took months for the school to reopen and investigations have only just begun to assess the missteps of the district prior to a teen open-firing inside the halls of Oxford High School.

The healing for some has worked in tandem with educators in other districts that have tried refining the best ways to keep their students safe under similar circumstances.

"Something that’s really hard for me to say as a parent and an educator, is one of the things these teams are trained when they left the building, it’s to not run out in a straight line but to zigzag," Novi Assistant Superintendent RJ Webber said. "And that is to unfortunately, avoid the active shooter."

The tools come from ALICE Training, which is intended to keep kids safe.

But as Webber notes, young kids aren't as mobile "so their ability to evade or exit a building, is just genuinely by nature, more difficult."

But even for moments at Robb Elementary School when an active shooter was present, running in a "zigzag" fashion may not have been an option. The gunman, identified as Salvador Ramos, allegedly shot everyone in a single classroom.

The second mass shooting in as many weeks evokes memories of the tragedy at Oxford High School after a gunman targeted children at a Texas elementary school.

It was the deadliest shooting at a U.S. school since a gunman killed 20 children and six adults at Sandy Hook Elementary in Newtown, Connecticut, in December 2012

Detroit police have arrested suspects involved in a random shooting where a gunman hung out of a car and fired eight shots at officers during an attempted traffic stop early Saturday. Sources tell FOX 2 that a DPD taskforce arrested the 18-year-old suspect at a home in the city’s Ninth Precinct on the east side late Tuesday. Officers also arrested the three other people who were in that car.

"When I saw the video I was angry, I think this community is angry, and we are not going to tolerate this," said DPD Chief James White. Detroit police held a press conference Monday vowing to find the gunman and the others involved in the attempted killing of two officers.  Sources tell FOX 2 all four people believed to be involved in the shooting were inside a home in the Ninth precinct.

The three persons of interest were arrested during a traffic stop after leaving the house. The taskforce then got a warrant to arrest the suspected gunman who was still inside. Those arrests, according to sources, the result of a tip from the public. The shooting happened as officers tried to pull over a car involved in drifting and drag racing - and understandably, it unnerved both police and residents.

Gunman, 3 others arrested in shooting at Detroit police car during traffic stop Saturday

Detroit police have arrested the suspects involved in a brazen shooting at officers on the city's east side last weekend.

"To arrive at that impulsive decision that this is it, this is the tipping point where now I commit murder and end my life and end yours, is absurd," White said. We are expected to learn more about the suspects in the coming days and Detroit police have not officially announced the arrests.

The former Treasurer of the Detroit Fire Fighters Association was sentenced to one year in federal prison for embezzling over $200,000 in union funds, announced U.S. Attorney Dawn N. Ison Tuesday in a release.

Verdine Day, 62, was sentenced to one year in prison and $220,043.65 in restitution to the DFFA, as well as two years of supervised release on her conviction for bank fraud as charged in an information filed by the U.S. Attorney’s Office. 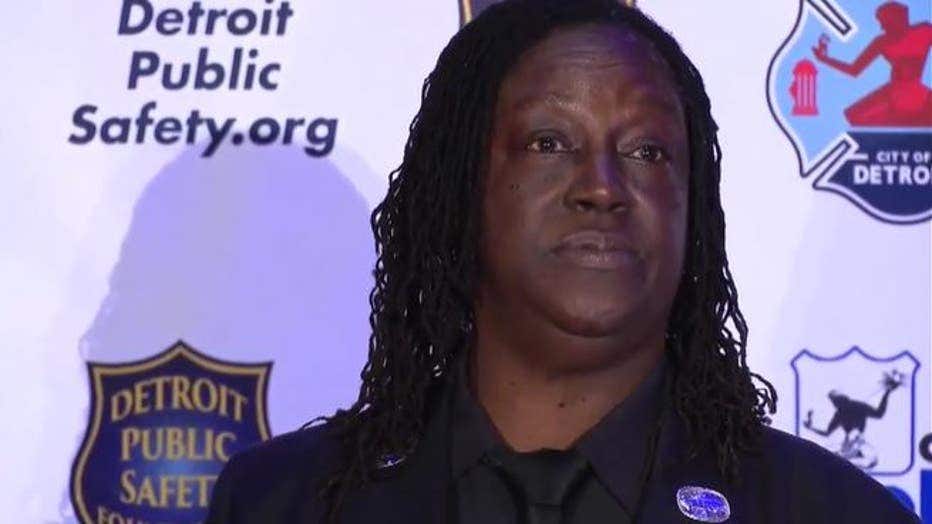 During the four years she served as treasurer, investigators say she fraudulently obtained $167,900.00 of union funds by:

The end of the Detroit incinerator

Detroit may finally see the end of its fraught incinerator, which opened on the city's east side in 1989. The $500 million furnace was long-despised by nearby residents that claimed it worsened public health and repeatedly violated pollution emission standards.

"The presence of this incinerator has been a real pain point for this community because it was another example of a health hazard being placed in a lower income community of color," Mayor Mike Duggan said. " We worked hard behind the scenes to get the incinerator shut down, and now residents of this neighborhood will finally be able to say goodbye to it forever."

In 2018, Duggan's administration began pressuring Detroit Thermal, which operated the incinerator, to make major upgrades to the facility to improve its emissions. Faced with additional costs, Detroit Thermal ceased incinerator operations in 2019.

Once power is shut off to the plant this week and permits are obtained next week, work will begin to demolish the structure. Needless to say, residents are glad to see it go.

A Michigan man described as a leader of a white supremacist group was sentenced to nearly three years in prison Tuesday for conspiring to train for civil disorder, the attorney general’s office said.

Investigators said Justen Watkins and two other men entered vacant state properties in Tuscola County in 2020 to assess whether they could be used as "hate camps" for paramilitary training.

Watkins, 25, of Bad Axe was associated with The Base, a group that has pushed a fringe philosophy advocating mass violence to hasten society’s collapse.

He was sentenced to at least 32 months in prison. A message seeking comment was sent to Watkins’ attorney. Four members of The Base have been convicted in Tuscola or Washtenaw counties since charges were filed in 2020.

Plan on some rain before things get muggy in the afternoon in Southeast Michigan. There's also potential for rain Thursday and Friday as temperatures hover in the 70s the remainder of the week.

Wet weather on the way for Wednesday

An anguished and angry President Joe Biden called for new restrictions on firearms Tuesday night after a gunman massacred 18 children at a Texas elementary school. "We have to act," Biden told the nation, after years of failure to pass new laws.

"I'd hoped, when I became president, I would not have to do this. again," Biden began during a news conference on Tuesday. "Another massacre. Uvalde, Texas. An elementary school. Beautiful, innocent second, third, fourth-graders. And how many scores of little children who witnessed what happened, see their friends die as if they're in a battlefield for God's sake. They'll live with it for the rest of their lives."

"When in God’s name are we going to stand up to the gun lobby?" Biden said at the White House shortly after returning from a five-day trip to Asia that was bookended by tragedy.