Gunman, 3 others arrested in shooting at Detroit police car during traffic stop Saturday

Detroit police have arrested the suspects involved in a brazen shooting at officers on the city's east side last weekend.

DETROIT (FOX 2) - Detroit police have arrested suspects involved in a random shooting where a gunman hung out of a car and fired eight shots at officers during an attempted traffic stop early Saturday.

Sources tell FOX 2 that a DPD taskforce arrested the 18-year-old suspect at a home in the city’s Ninth Precinct on the east side late Tuesday. Officers also arrested the three other people who were in that car.

"When I saw the video I was angry, I think this community is angry, and we are not going to tolerate this," said DPD Chief James White.

Detroit police held a press conference Monday vowing to find the gunman and the others involved in the attempted killing of two officers.

Sources tell FOX 2 all four people believed to be involved in the shooting were inside a home in the Ninth precinct. The three persons of interest were arrested during a traffic stop after leaving the house.

The taskforce then got a warrant to arrest the suspected gunman who was still inside. Those arrests, according to sources, the result of a tip from the public.

The shooting happened as officers tried to pull over a car involved in drifting and drag racing - and understandably, it unnerved both police and residents.

"To arrive at that impulsive decision that this is it, this is the tipping point where now I commit murder and end my life and end yours, is absurd," White said.

We are expected to learn more about the suspects in the coming days and Detroit police have not officially announced the arrests. 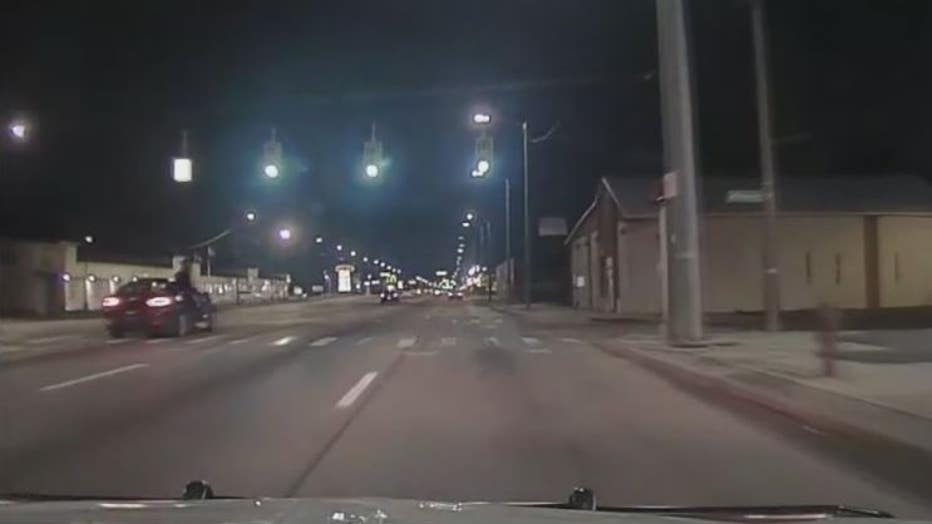