It happened on Davison near Dexter around 4 a.m. Saturday, and luckily the officers were not injured. Police Chief James White says they’re pulling all stops to find the man responsible and the others involved.

DETROIT (FOX 2) - A suspect hung out of a car and fired eight shots at Detroit police officers during an attempted traffic stop early Saturday.

Police said the officers were doing a drag racing detail on the city's west side when they tried to stop a newer black Ford Fusion for reckless driving around 4 a.m. Dash cam footage from the patrol vehicle shows a suspect hanging out of the car.

"To just inexplicably get shot at, and this is the moment we’re going to take your life because you’re going to interfere with our fun? That’s just absurd," Detroit Police Chief James White.

Two Detroit Police Officers were unhurt after they were shot at 8 times while trying to stop a car they believe was drag racing with a man hanging out of the back door.

DPD is now releasing pictures of the driver of that black Ford Fusion from which the man fired those shots, as well as the other passengers.

Police are calling all of them, aside from the gunman, persons of interest, but only for so long. 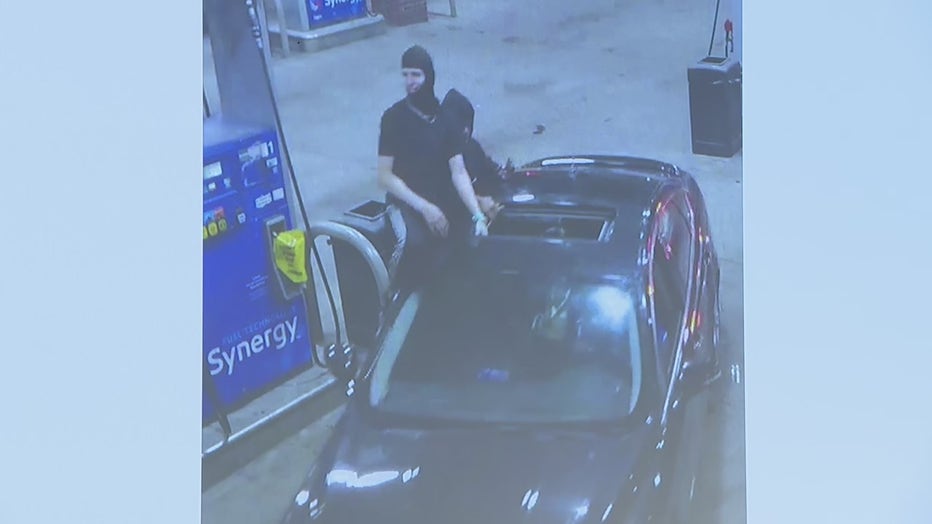 Investigators are now looking to speak to several persons of interest, including four people who were in the car.

The woman in blue was the suspected driver of the Fusion.

Anyone with information is asked to submit a tip here.

Detroit Police Chief James White said people meeting up to drift and drag race will try to deter police to get them out of the areas where they will be meeting. He thinks the shooting may be the case of this.

DPD says the officers were pursuing this car because it was involved in drifting and drag racing. It has been cracking down on the practice the past few years saying the reckless driving is incredibly dangerous.

"These vehicles are like missiles and if you’re driving them and drifting, there’s no way you can control that vehicle," Chief White said.

Police have been cracking down on dangerous driving in the city, arresting both participants and spectators of the dangerous acts.

"We continue to see the nuisance of illegal drag racing and drifting in our city," he said. "They are becoming increasingly more violent."