Some teachers on edge after shooting outside Detroit Pershing High School

While the football team was at practice, a car pulled into the lot, and a person with a gun got out and started firing. Luckily there were no injuries.

DETROIT (FOX 2) - Some teachers are on edge one day after a shooting at Detroit Pershing High School. They're demanding more security to keep them, and students, safe.

"I sympathize (and) empathize with any parent who has a child here at Pershing High School and they're afraid for their safety," said Christopher Kohler.

Kohler has taught at Pershing the past two years and Tuesday after school, a shooting happened outside - although luckily there were no injuries.

While the football team was at practice, a car pulled into the lot, and a person with a gun got out and started firing.

"I just witnessed it, I wasn’t the target, or in the line of fire - and it was a traumatic experience," he said.

"Thirteen," Kohler said, playing a recorded video of the gunshots.

It is something he never wants to see again.

"He points in this direction where we had some football players at a practice and fires off those shots," he said.

According to the district, none of the shots hit anyone. There have been no reports of any injuries and district police were able to arrest the alleged shooter.

The school district also says extra security will be on hand for the rest of the year - which ends in roughly one month.

Still, some say that’s not good enough.  A group of concerned teachers at the school read a prepared statement.

"Based on these events, we, the teachers at Pershing High School, are requesting additional security on our campus and in our building," said teacher Andre Staley.

And for those who say they don't want to see schools resemble prisons, he said - 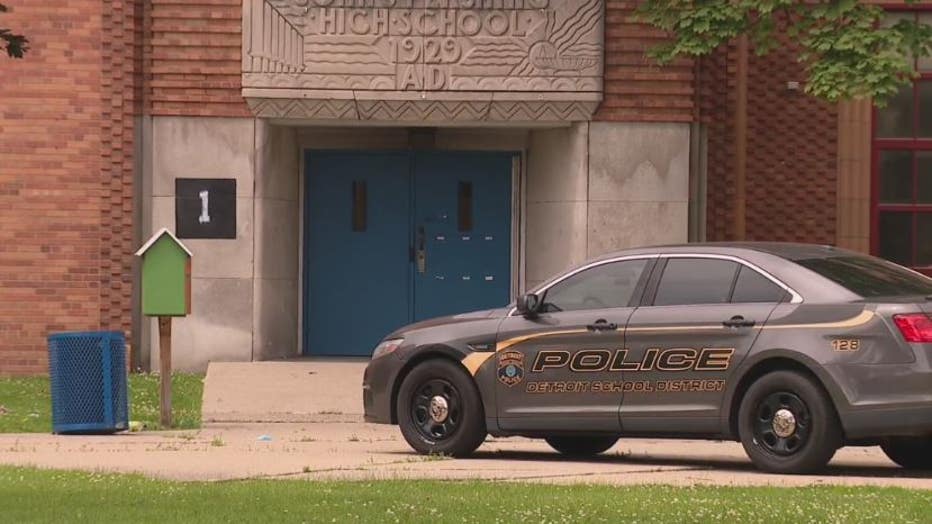