Single mother of 2 loses everything in Memorial Day house fire

On Memorial Day, Falen Colvard got that life-changing phone call. She was on vacation 11 hours away in Atlanta when her mom called frantically as flames tore through Falen’s home on Detroit’s west side.

DETROIT (FOX 2) - There is little left of a kitchen after a devastating fire inside a Detroit mom’s home that happened Monday.

Parts of the ceiling tiles have fallen, there is soot everywhere. In the living room, a couch is turned over. Luckily the mother and her kids weren’t home. Now, mom believes someone set this fire on purpose.

"I woke up to 20 missed calls," said Falen Colvard. "The last one I finally answered, which was at 5:11 a.m., it was my mom panicking in the background saying, 'Wake up, you need to get home now, your house is on fire.'"

On Memorial Day, Colvard got that life-changing phone call.  She was on vacation 11 hours away in Atlanta when her mom called as flames tore through Falen’s home on Detroit’s west side.

"So all on the road, I’m just praying I don’t crash, that I don’t lose my mind. I’m crying, I’m freaking out."

Two days later, Falen — a full-time student and single mother of two — is sharing her story with FOX 2.  Her family let our camera inside to get a glimpse of the devastation.

"It’s beyond salvaging anything," she said. "Me and my kids don’t have a pair of underclothes."

FOX 2: "So you and your kids just have the clothes on your back?"

The Detroit Fire Department says the cause of the fire is undetermined and is still investigating.

"When I went to get the report, they said they didn’t believe that the fire started naturally, but it’s still undetermined how the fire was started," she said. "They don’t believe nothing in the house just caught on fire."

The department wouldn’t confirm if someone set the fire intentionally.  While investigators work to get answers, Falen Colvard is picking up the pieces of the life she built for her and her young daughters.

"I’m a single mom. I take care of my kids by myself," she said. "Everything we built in this house, I built for us by myself - just to have somebody take it away from me." 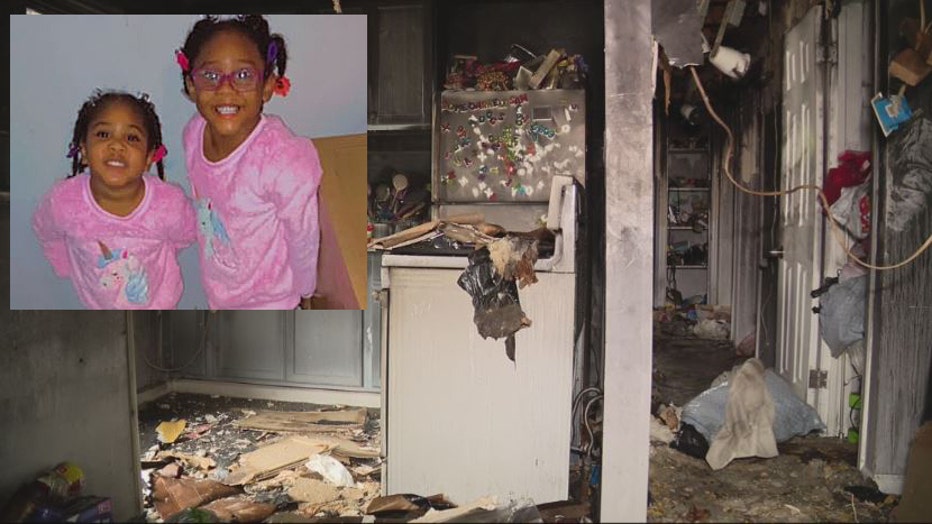