ROYAL OAK, Mich. (FOX 2) - Nearly  $22 billion in COVID-19 relief funds are just waiting to be spent. On Thursday Gov. Gretchen Whitmer announced a plan to use some of that cash to boost wages for Michigan workers.

Some small businesses are showing signs of recovery. For instance, more than a year into the pandemic business at Noir Leather in Royal Oak is starting to pick up.

Nearly $22 billion in COVID-19 relief funds are just waiting to be spent. On Thursday Gov. Gretchen Whitmer announced a plan to use some of that cash to boost wages for Michigan workers.

But getting people back to work has been tough for many businesses - both small and large - at a time when some people are collecting more money in unemployment than they would if they were working.

"I think right now there's a big problem with people not wanting to go back to work, the wages are too low, so if companies start to pay $15 an hour, people will have more incentive," said Sammy Cohen.

Whitmer introduced something she calls Mi Bigger Paychecks, a proposal that would utilize $300 million to increase wages by offering grants to cover the difference between a company's hour wage and $15 an hour.

It's an idea Lady Pain says she can support

"We're already looking for ways, we have a very decent hourly wage plus commissions to incentivize people to sell more and help the business do better," she said.

The Mi Bigger Paychecks grants would last three months and after that businesses would have to retain the $15 an hour rate for at least three additional months. 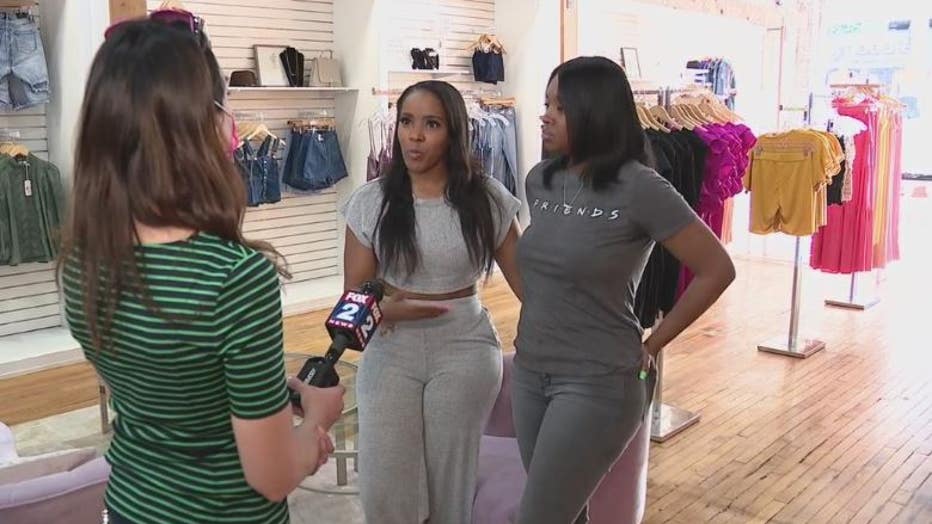 Krystal Banks and Shan Fox from Boutique One 11.

"These grants will be offered as a first-come, first-serve basis and include a clawback provision that would go into effect if a business broke their promise to their workers," Whitmer said today.

Krystal Banks and Shan Fox opened Boutique One 11 on Main Street in Royal Oak in January - during the second wave of the pandemic.

"As of right now we don't have any employees, it's just the two of us because we're a fairly new business but I think it's a really good idea and also helps the economy," Banks said.

But there is no word yet as to what happens once the grant money and the six months run out. It is still just a proposal with the state legislature needing to approve it.