FOX 2 - In one of his first acts as President of the United States, Joe Biden reversed the travel ban on people from majority Muslim countries. Some say it's an important step to undo systemic racism within the federal government while others fear this is opening up the country to risk again.

Dawud Walid, Executive director for the Council on American Islamic Relations (CAIR), sid a huge burden was lifted off Muslim families on Wednesday with the lift of the travel ban.

In one of his first acts as President of the United States, Joe Biden reversed the travel ban on people from majority Muslim countries.

"We welcome President Biden undoing former President Trump’s first executive order, which was banning Muslims from getting visas as well as getting refugee status from specific Muslim countries," said Walid.

"Beyond not being able to get their family members here and having that burden, the burden that American-Muslims carried under the previous President, to feel as if their President didn’t view us as Muslims as equal citizens," said Walid.

Protesters against the policy voiced disagreement with the ban after the United States Supreme Court upheld it in 2018. Walid said Trump's order was profiled solely against them.

"We think that it was based in xenophobia it was unjust," Walid said.

"I am really disappointed with the fact that politics is playing a role with our national security," Raczkowski said. "These are countries that do not do background checks, do not have the concern or international relations with the United States. And, most importantly, (they) are not concerned with sending terrorists to our borders." 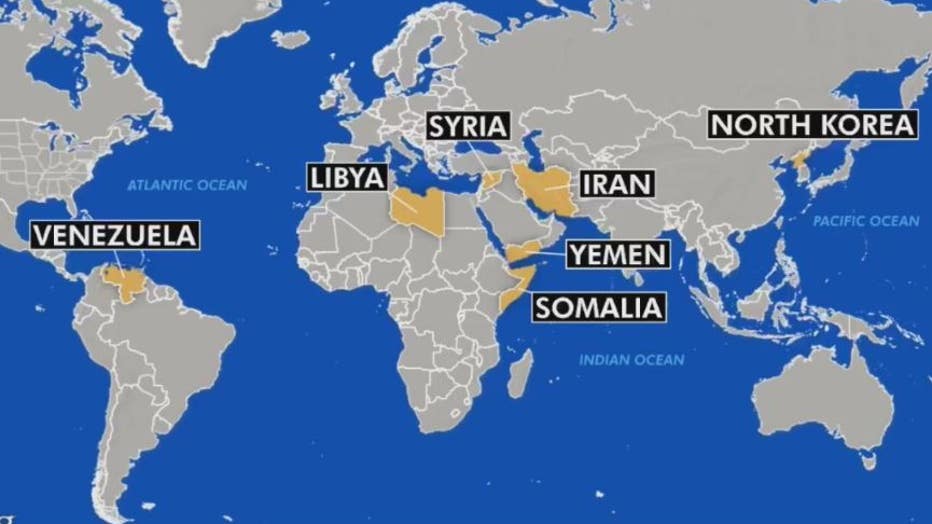 Raczkowski, who served in several of the previously banned countries, is concerned about what the new order means for the safety of the country, in the long run.

"This may not show a threat in the near future but looking down the road in another year, two or three, it makes us more of a target for certain individuals in certain countries that would like to do harm to the United States," he said.