He said the investigation is continuing to find illegal activities such as skipped arrests, false search warrant affidavits, planted drugs, and fraudulent informant payment charges - and that numerous employees have since been fired or on suspension, or have resigned or retired while under investigation.

In an effort to show transparency and accountability, Detroit police revealed some officers have been accused of everything from overtime theft to stealing from drug dealers.

The DPD-led investigation was launched 15 months ago after a 19-year veteran with the department, Michael Mosley, was indicted in federal court. That officer was accused of taking $15,000 from a drug dealer in exchange for not pursuing criminal charges. Having a hunch that wasn't an isolated incident, the department began a probe into the narcotics section.

On August 22, 2019, Craig said Detroit police raided its own narcotics base and seized 50 computers, 70 file cabinets, 300 boxes with case files ranging from 2009-2019. Since then, dozens of complainants and prior informants have also been interviewed as part of the investigation.

Craig said Wednesday that so far the investigation has reached back to 2017, so eight more years of investigative work are left in the case. He said the early probe started last year focused on Mosley and members of his crew and has since expanded.

Another issue being investigated is fraudulent overtime with a potential amount stolen of $16,000. Craig said it appears the overtime fraud was even happening after the probe began last year.

Some of that money may have also come from federal funds and if so, that's something Craig said federal prosecutors will be looking into.

Meanwhile, Craig said the department is not waiting until the investigation is completed to make adjustments.

"One officer has been terminated. One sergeant and three officers retired under investigation. Two officers resigned pending investigation. Two officers are currently suspended with pay and both will be served probably within a week with the discipline of termination of employment. Three major violator officers have resigned before the investigation concluded. One criminal case has since been submitted and is under review at the Wayne County Prosecutor's Office for overtime fraud. One criminal case will be submitted in the near future to the Wayne County Prosecutor's Office for perjury, and as we speak, an individual is coming in for a termination hearing before me - we have just learned he is turning in his equipment as we speak and he has opted to retire under charges," Craig said.

"So as you can see, this probe has had a significant impact on rooting out corruption. But our work does continue." 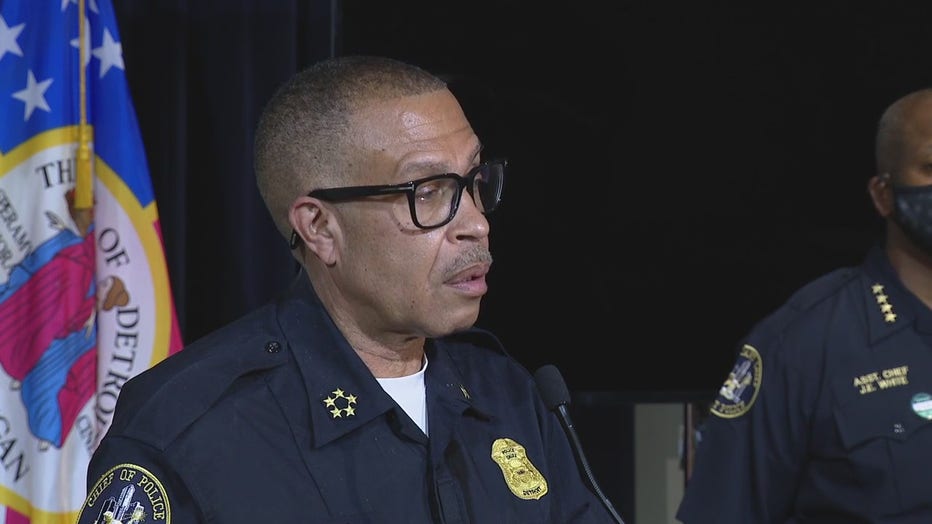 Another thing to come of the investigation, Craig said, was that one person so far has been exonerated and released from the Michigan Department of Corrections.

Craig did not give details about that case but said the department is actively working with the Wayne County Prosecutor's Office to review any other potential exonerations.

Craig said other steps and best practices will be put implemented to prevent any more of this activity.

"When you talk of a corruption probe of this magnitude, it first starts with failed supervision," Craig said. "There's many process issues that were violated. There was just a lack of supervision and, frankly, we're now questioning looking at mid-management. We're talking about lieutenants and even at the rank of commander or former inspector level. Just the fact that nobody was paying attention."

Craig said the investigation has been ongoing ever since the initial raid in August, but that the pandemic and daily protests over the summer have pushed back giving updates.