Have you ever wondered how Michigan State Police help authorities catch a stolen vehicle? Tonight we’re walking you through a recent case out of Dearborn.

FOX 2 - A car thief took off during a police traffic stop last Friday in Dearborn, leading officers on a high-speed chase into Detroit. What the suspect didn't know, was that a Michigan State Police helicopter was overhead.

The chopper was able to target the stolen vehicle from the sky. The MSP helicopter camera tracks the exact location on display as the vehicle sped down Whitlock, first past Rutherford, then past Mansfield, and on its way to Saint Marys Street.

You can hear authorities keeping in touch with the direction.

"Southbound Woodmont," says the spotter on the video recording.

The vehicle is always in view even in the dark with a night vision camera.

When the perp tried to hide the driver is easily picked up.

"He turned off his lights," says the spotter. 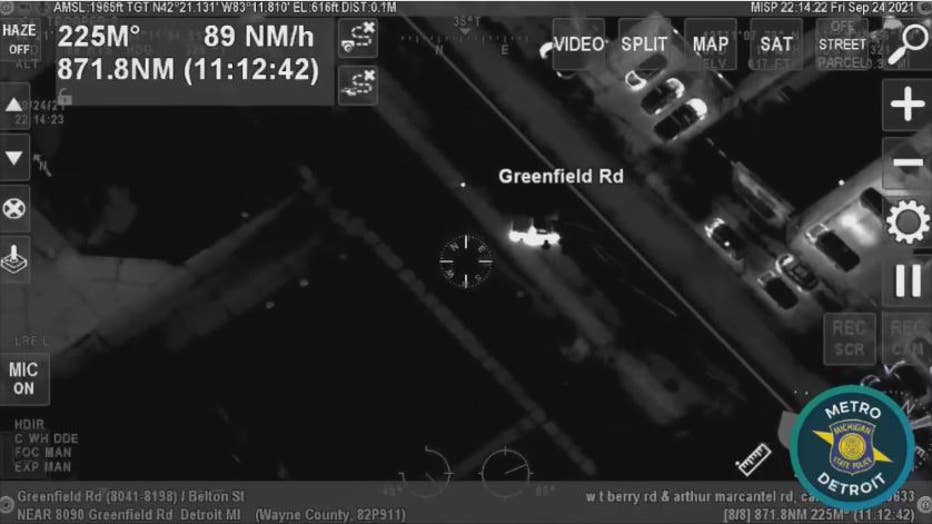 In the end, the driver gets boxed in and arrested.

Michigan State Police said their aviation unit patrols almost every night. They monitor radio traffic and respond when they hear something going on.  They work with local state and even federal agencies.