HOWELL, Mich. (FOX 2) - State Rep. Jewell Jones violated his bond, but will get to remain out of jail. The Inkster lawmaker appeared in Livingston County Friday for failing to pay a fee for his electronic tether.

Jones got off with a stern warning from the judge and was ordered to pay a $1,000 fine for violating bond once again. The judge said next time, he'll get jail time.

State Rep. Jewell Jones violated his bond, but will get to remain out of jail. The Inkster lawmaker appeared in Livingston County Friday for failing to pay a fee for his electronic tether.

The court found that Jones had failed to pay for his alcohol monitoring tether. Monitoring lapsed for about a day earlier this month when it was shut off for lack of payment.

It was a violation of the bond, said Judge Michael Hatty.

"I think the fine is appropriate - further violations will result in jail," he said. "Do you understand?"

Jones is accused of drunk driving with a blood alcohol content more than twice the legal limit. He was caught half-clothed with a female passenger, loaded gun in his cup holder, and allegedly got combative with officers when they responded to his crashed SUV last April off of I-96 in Fowlerville.

Rep. Jewell Jones, female passenger found with pants down before arrest, per report

This is the second time Jones violated bond. Last month, he was in court for finagling his way out of court-ordered drug and alcohol testing for three days, claiming he was going to National Guard training, but he wasn't there.

That's when Jones was slapped with an alcohol monitor.  Jones continues to hold office as his case moves through the courts. 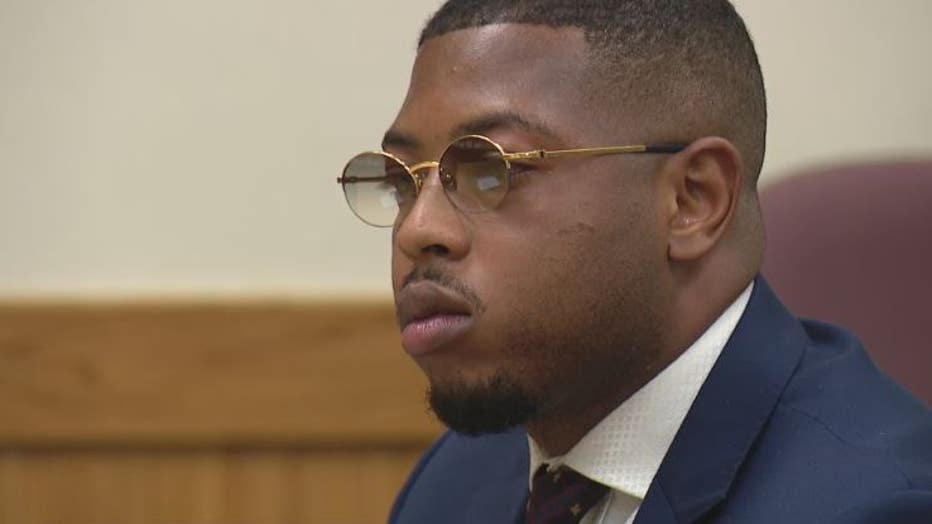 Jones' attorney did not want his client on the stand to testify and had no comment.