Rep. Jewell Jones tries to use Gov. Gretchen Whitmer to get out of trouble after arrest

LIVINGSTON COUNTY, Mich. (FOX 2) - Video from inside the Livingston County Jail after Rep. Jewell Jones was arrested shows the lawmaker arguing with authorities and refusing to take an intake photo because he can't wear a mask.

Jones, 26, was arrested April 6 after he allegedly crashed his SUV while drunk.

He can be heard repeatedly asking to see the regulations that specify whether or not he needs to wear a mask when having his photo taken. When told that he can't wear a mask in the photo, he says that Gov. Gretchen Whitmer said masks have to be worn.

"Believe me, the governor knows about this right now," a sheriff replies.

"They know about this?" Jones says.

When the sheriff says yes and tells Jones everything is being recorded, he mumbles about calling "Gretchen." Jones was also heard telling police he was going to call the governor during his arrest on the side of I-96.

"No, Gretchen called us bud," the sheriff says.

After he was arrested in Livingston County, Rep. Jewell Jones argued with authorities about wearing a mask and refused to take an intake.

"She called you?" Jones asks.

The sheriff tells him yes and tells Jones that he needs to start complying.

"You know what? Big Gretch is the homie. When she finds out about this, she might be a little upset about the treatment," Jones replies. "She's very serious about the pandemic so I'm just wondering if I can wear the mask."

Jones is again told he cannot wear a mask in his photo and is walked back to a cell.

Video from later shows sheriffs asking if Jones is ready to get his photo and fingerprints taken while he sits on the floor of the cell with his head between his knees. He again refuses.

Jones is charged with resisting and obstructing, operating a vehicle with a high blood alcohol content, operating while intoxicated, reckless driving, and possession of a weapon while under the influence of alcohol because police found a loaded handgun in the cupholder of his SUV.

He is accused of crashing his SUV into a ditch along the freeway while his blood-alcohol level was twice the legal limit.

When police spoke to Jones, he refused to give them his ID, so troopers took him to the ground. Jones is then accused of using his position as a lawmaker to try to get out of the arrest.

On the dashcam video, he can be heard telling the troopers, "It's not going to be good for you."

Jones also told the troopers he runs their budget and threatened to call Whitmer.

"I run y'alls' budget," he said. "When I call Gretchen, I'll need y'all IDs and badge numbers, everything." 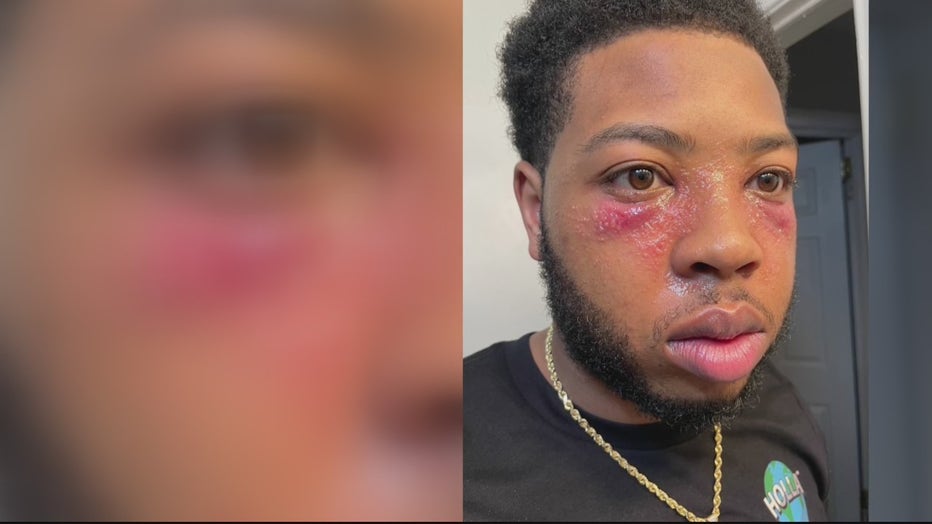 Michigan State Representative Jewell Jones after his arrest in Livingston County. His attorney argues police used excessive force when they took him down and pepper-sprayed him.

Jones was Tased and pepper-sprayed before he was eventually taken into custody.

His attorney has argued that excessive force was used during the arrest.

"Clearly he's overcharged. Clearly, police abused their discretion here and they used excessive force on Mr. Jones," Ali Hammoud said. "They can't just say give me your ID or we're going to arrest you and when Mr. Jones declined to do so - which is everyone's right - this is when they wrestle him to the ground and they tased him. They maced him."

Hammoud said he believes it happened because Jones is Black.

"I do believe him being a Black person in Livingston had something to do with the stop. If this was a white representative, if this was a white person I don't know if the situation would have been handled differently," he said. "Something happened to Mr. Jones that day because of the color of his skin."

Rep. Jewell Jones sat in his cell and refused to have his photo taken after his alleged drunken driving arrest.