FOX 2 - "So, this is just a warning to you Trumpers. Be careful. Walk lightly. We ain’t playing with you. Enough of the shenanigans. Enough is enough," said State Rep. Cynthia Johnson in a Facebook video. "And for those of you who are soldiers, you know how to do it. Do it right. Be in order. Make them pay. I love y’all."

This video from Rep. Johnson struck a nerve, leading to the loss of her committee seats in Lansing and bringing out death threats, which by now, she’s all too familiar with.

Rep. Cynthia Johnson made the video in response to threats she received after slamming a House Oversight Committee hearing last week where Rudy Guiliani and others brought forward unproven claims of voter fraud.

She received comments like "You have awoken a beast who will soon devour you and your kind. remember that as the hangman tightens the noose around your neck.” one Parler user wrote.

Johnson made the video in response to threats she received after slamming a House Oversight Committee hearing last week where Rudy Guiliani and others brought forward unproven claims of voter fraud.

FOX 2 called some of the numbers associated with the threats. One man, presumably from California, said he did not know who 'Cynthia Johnson' was. Others did not pick up the phone and did not respond to our voicemails

FOX 2 spoke with pair of Trump republicans, who also are contesting Michigan’s election, about the threats and the escalation in rhetoric.

"Should she be threatened? Absolutely not," said attorney Jim Makowski. "Should anyone who threatens her with physical violence be prosecuted? Absolutely. But she has no business threatening other people either."

"To me she’s just as disgusting as the people who threatened her two wrongs don’t make a right," said Kristina Karamo. "Just because someone threatened her, that doesn’t mean you get to turn around and start threatening all Trump supporters."

"This is all coming from the fact that the president won’t accept that Michigan electors voted for Joe Biden," he said. "What Cynthia Johnson did in her video, was unacceptable right, It’s incumbent on everybody on our side to call out our people, but the only we make any progress is if we all step back and say what’s going on today is unacceptable. There is no world where it’s okay to send death threats to an elected official for doing their job. 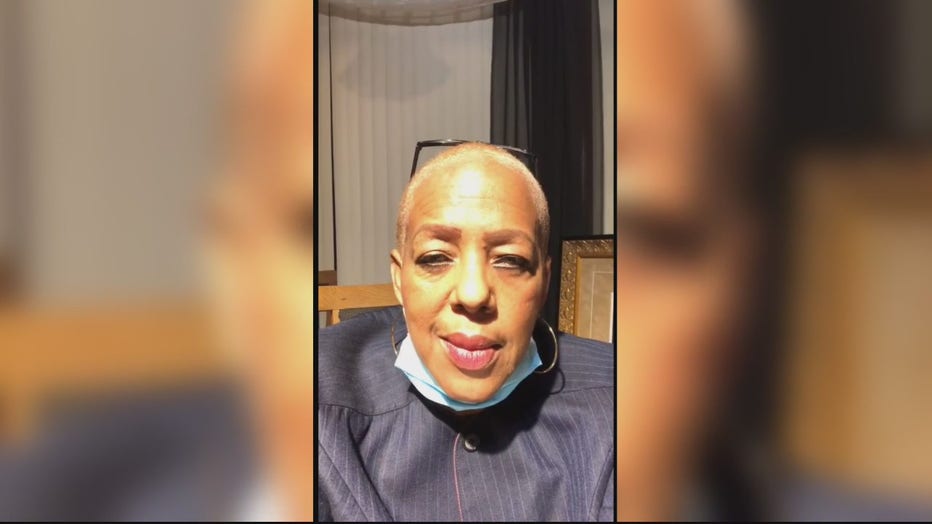 "Everybody who values this nation, who is reasonable and cares, has to step back and say I will not support people who will not say this is unacceptable."

Johnson said she was referencing soldiers in Christ, soldiers against racism, misogyny, and the like.

"As Michiganders and as Americans, we cannot allow hateful rhetoric from a few individuals to drag the masses down into a spiral of unjust actions. It is never acceptable for anyone - especially a public servant - to incite violence or to threaten others with harm. When vigilantes assume justice is theirs to serve, our democracy suffers. It's time for us to move forward together as a state instead of engaging in - or celebrating - actions of hate and divisiveness."