FOX 2 - According to the state of Michigan, more than 5,500 residents have now died from COVID-19 at long-term care facilities. But are those numbers accurate?

State Republicans are calling for an investigation into Gov. Gretchen Whitmer's restrictions on senior facilities. Lawmakers say they are getting the runaround about the numbers - many testified could have been lower if residents weren't locked down with Covid patients.

State Republicans are calling for an investigation into Gov. Gretchen Whitmer's restrictions on Lawmakers say they are getting the runaround about the numbers - many testified could have been lower if residents weren't locked down with Covid patients.

The chair of the oversight committee Steven Johnson was holding a hearing to find out. the health and human services director was invited to testify - but instead sent a letter.

"Basically what it said was, 'We are doing everything we have to, we have the greatest data out there, we're collecting everything like we are supposed to," Johnson said. "But they didn't actually share the data with us."

Former Republican Senator Pete Lucido told the oversight committee Governor Gretchen Whitmer vetoed his bill that would have sent COVID-19 patients to Detroit's TCF Center and two other facilities set up for Covid care instead of nursing homes. He wants answers.

"Why were these hubs set up and never used, that has never been answered," Lucido said. "We could have circumvented the death of nursing home patients and for their loved ones," he said.

This testimony comes as Whitmer announced nursing home deaths are down and she plans to loosen the restrictions in the coming days.

But for Kim Galdis - it's too late. She never got to say goodbye to her parents who died alone in a nursing home facility.

"They faced life's adversities with optimism and perseverance just to serve the last months of their lives due to these egregious anti-family policies," she said. 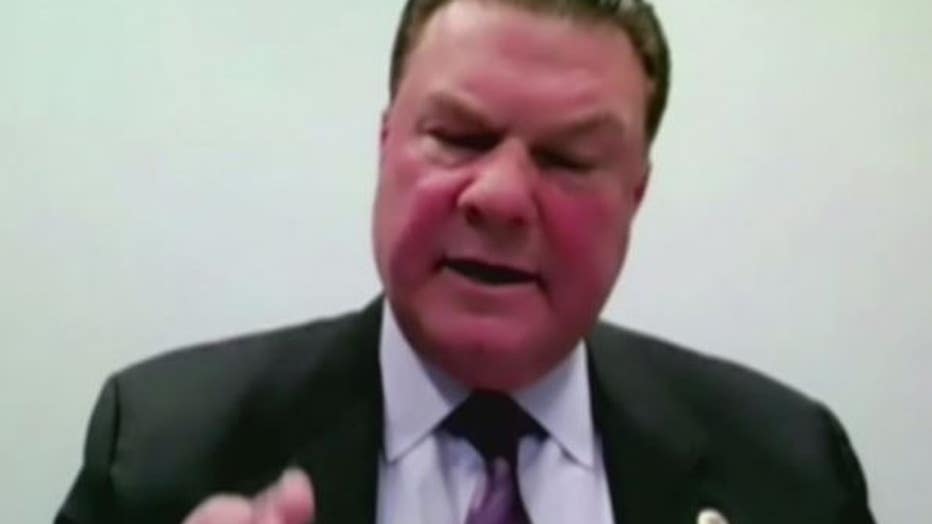 Macomb County Prosecutor Pete Lucido has been leading the charge of asking questions about Whitmer housing seniors with COVID-19 patients.

David Gehm, the head of Wellspring Lutheran Services, says the visiting restrictions need to change since the conditions at long-term care facilities have become much safer with PPE, testing, and now, vaccines.

"For our residents, this is not just a time in their life, it is the rest of their life," he said.

One woman's husband suffered a brain injury before the lockdown and was sent to a nursing facility. She testified he was beginning to improve - but that stopped after he wasn't allowed to see a doctor or any family member in a year.

"It feels very inhumane very emotional, she said.  "As many times as I told him, I am sure he doesn't understand why we are not there, instead of standing from a window screaming 'I love you,'" she said.