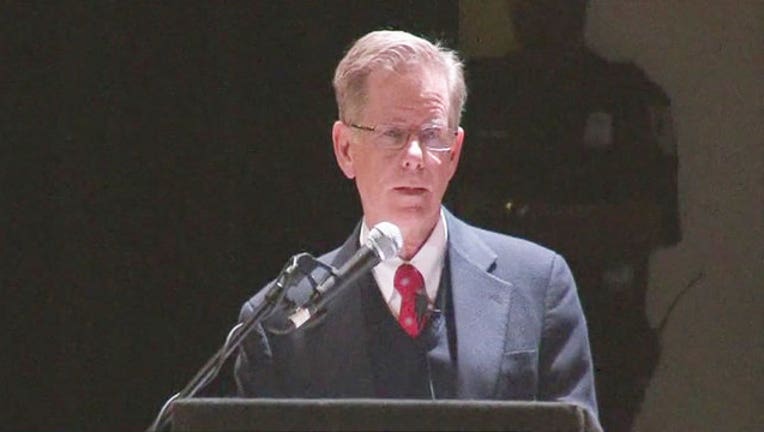 (WJBK) - The man running the financial side of the Detroit Public Schools is so confident lawmakers will pass a plan to avoid bankruptcy, that Steven Rhodes is not working on a plan B just in case that does not happen by July 1.

Appearing on the Off the Record broadcast, Judge Rhodes on the potential bankruptcy asserts, "This is not going to happen. I discount that possibility."

He believes the House Republicans are "committed to a solution" and he views the passage of their plan as "a statement they are committed to DPS." Having said that, he again endorsed the senate GOP plan which contains more money for the embattled district and the Detroit Education Commission and without that he concludes it would be be "challenging" to solve the problem. He also favors a a new school board election this year not in 2018 which is part of the house plan. And he backs state oversight of the state dollars that would flow into the schools, if lawmakers make a deal before the July one deadline.

The judge refused to back track on the letter he published criticizing the Detroit Federation of Teachers for staging two days of "sick-outs" right in the middle of House GOP deliberation on the DPS rescue plan.  While some may argue his critical comments should have been transmitted in private, Mr. Rhodes notes, "I am not a politician" and he defends the letter saying the citizens of Detroit needed to hear what he had to say. He indicates he is getting his political advice from the Snyder administrations lobbyist Dick Posthumous and the DPS point man John Walsh.  He smiled and declined to repeat what advice they have given him.

The judge also confirms that when he meets with the current Detroit school board next week the sessions will be not be subject to the Open Meetings law since there won't be a quorum  during the talks. He feels the law applies to meetings where officials are "deliberating toward a decision" and his meetings are not about that he suggests. Plus he concludes to have an open meeting would "inhibit the discussion."

On an unrelated topic during the "overtime" segment, he was asked about guns in the schools. The jurist was not aware that open carry is legal in schools and once he was told that, he offered, "I don't like that."  Pressed for more comments on the controversial issue, he said he did not want to get into that but he did argue guns in schools result in a "perception" problem for students who may be afraid when they see weapons in the schools.

The judge reveals he was not told in advance how difficult the DPS issue would be to navigate and between the Detroit city bankruptcy and the DPS issue, the latter has been more of a challenge.

See the regular OTR and the overtime segment at WKAR.org.