FOX 2 - With wind gusts over 70 miles per hour, Wednesday afternoon storm damage was reported across the entire southeastern Michigan region.

Currently, more than 382,000 DTE Energy customers are without power.

From Monroe to Troy to Warren and even in Wayne County, Wednesday's fast moving later afternoon storms left their mark.

The Monroe area was hit particularly hard with huge trees coming down on homes and vehicles as well as transformer fires. A FOX 2 crew drove around the neighborhood surrounding Promedica Hospital which suffered some heavy damage.

Resident Elizabeth Brewer shared her experience with the storm.

"I was looking out the kitchen window and I saw a bucket fly past my window," she said  So I thought, Oh, man, I better go get that. I run outside - and I realized immediately, this is not a safe place to be, so I bolt inside.

"But just as I'm getting in the front door, the giant branch of the tree crashes into the middle of the road."

In addition to the damage a large portion of the county is also without power tonight.

In Macomb County the 911 line is back up and running after it went down during the storms. Several areas of the county are also dealing with downed power lines and trees. 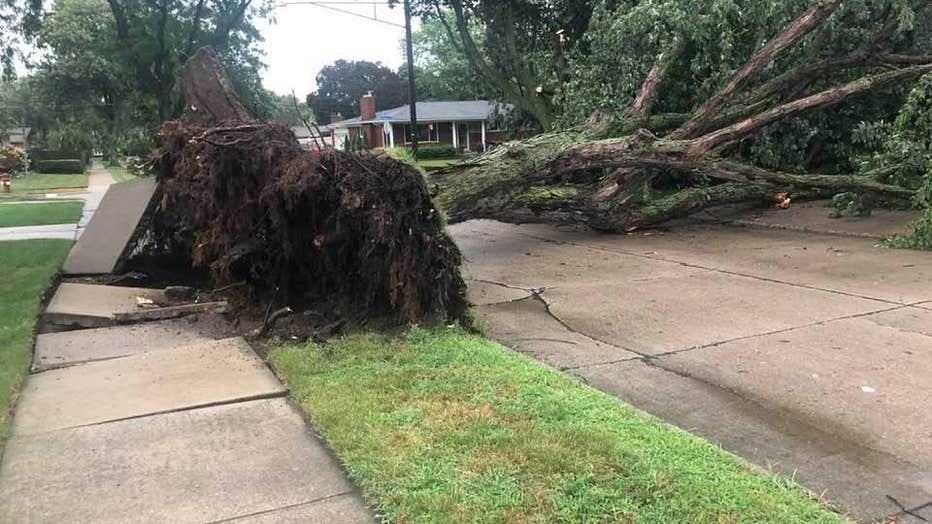 A downed tree in Troy. Photo courtesy of Jeff Kuehn.

There was a transformer fire on Carlier Street near Little Mack and 16 Mile in Clinton Township, and that was not the only hotspot.

In Warren wires fell down on a garage on Bowling Avenue north of Nine Mile Road.

"A fire department truck pulled up assessing the damage over here with the red tape and DTE  came too," said resident John Labadie. "And I noticed a little bit of smoke coming from the bottom of the garage. He advised me not to touch the fence or anything."

Oakland County also hit hard by the storms with plenty of damage in Berkeley including on Kenmore rode off Coolidge between 12 Mile in Catalpa where a massive tree uprooted, fell over and then hit a car. Fortunately no one was hurt. 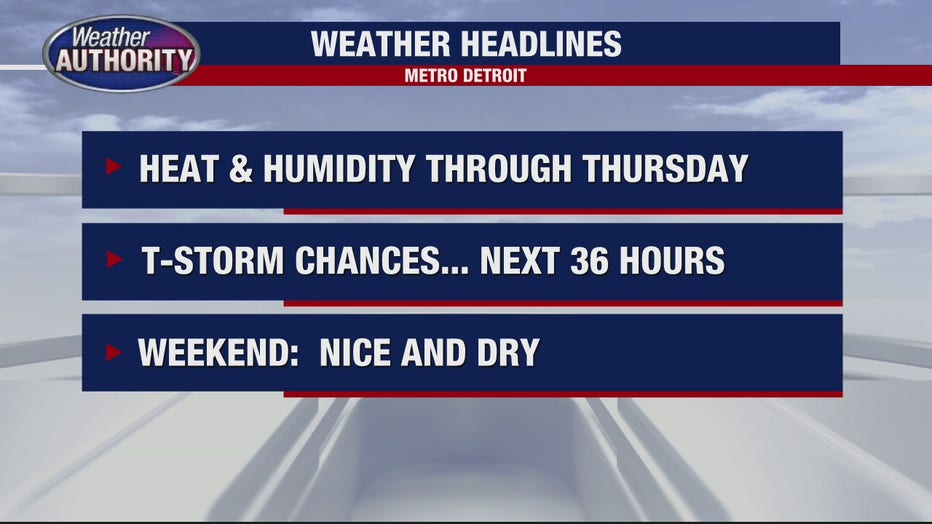 City Hall in Berkley was on backup power while in Huntington Woods and Troy residents are also dealing with large trees down.

Another round of storms are expected tonight. GO HERE for more from Rich Luterman.