When a round of severe weather pushed into southeast Michigan, damage was spotted in Armada that ripped the roof off of at least one building

ARMADA, Mich. (FOX 2) - Saturday night's severe weather brought multiple tornado warnings for southeast Michigan and in Armada, in northern Macomb County, it was responsible for knocking over at least one tree and reportedly ripping the roof off of one building.

Sondra VanCamp recorded video from Armada of the damage on Main Street, just west of downtown Armada. According to her Facebook post, the roof of Kozy's Korner and We The People was ripped off. She also said the storm damaged brick on the building as well.

A FOX 2 caller said that they believed a tornado touched down in the area around 8 p.m., which was when the tornado warnings were issued for Macomb County and Oakland County.

Michigan State Police said there were no reports of any injuries.

Macomb County Sheriff asks people to stay away from Armada

After Saturday night's severe weather caused damage in Armada, Macomb County Sheriff said the village is closed off as crews work to get the area cleaned up and power restored.

Macomb County Executive Mark Hackel and Sheriff Anthony Wickersham are both in the area to survey the damage. Wickersham told FOX 2 that the village of Armada is effectively closed off in all directions because of the storm's damage.

Wickersham said the storm knocked down multiple trees and power lines, especially in the downtown area, and most of the city is in the dark and will be throughout the night.

According to Wickersham, the best thing people can do is to stay away from Armada so crews can clear the roads.

The National Weather Service is the organization that will confirm a tornado but that will not come until Sunday, at the earliest.

Tornado warnings were issued around 8 p.m. and all were lifted by 8:30 p.m. 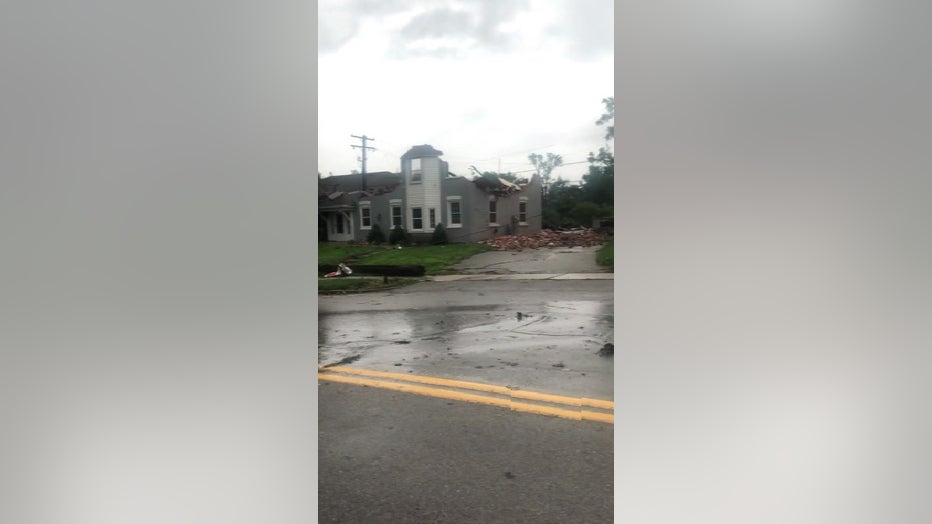