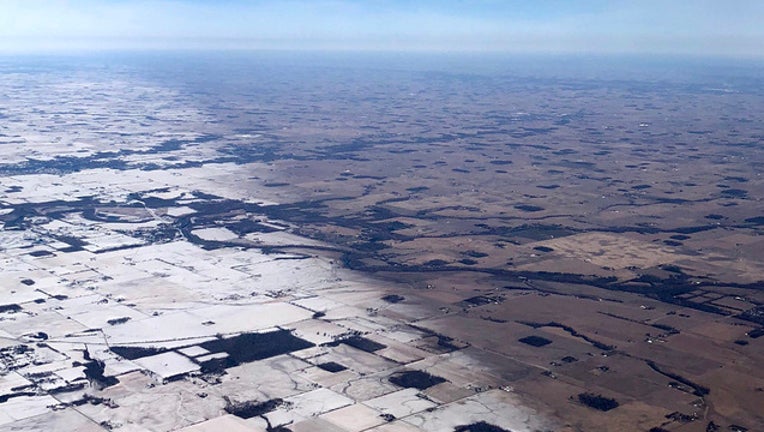 INDIANAPOLIS (FOX 13) - Indianapolis was caught in a narrow band of snow that fell from the Dakotas to northern Kentucky on Saturday. The band dumped more than 10 inches of snow on the Indiana capital while leaving some nearby communities with no accumulation.

From the air, the line between snow and rain could be seen clearly. Passenger Reuben Lidster shared a photo showing the clear demarcation between snowy and snow-less.

“I’m no meteorologist, but I’ll make a bold prediction that yesterday’s snow storm started about here,” he joked on Twitter.

The photo quickly caught the eye of actual forecasters around the country.

“No matter what we say, half of the folks think we got the forecast wrong,” FOX News’ Adam Klotz replied.

Information from Storyful was used in this report.