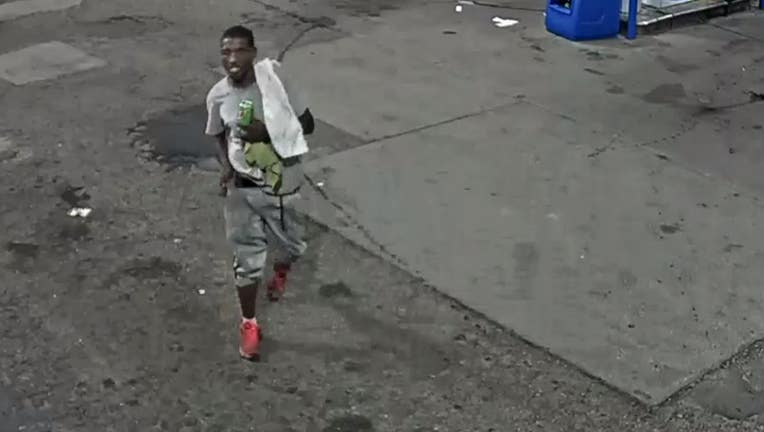 Suspect involved in carjacking in Detroit. Photo via Detroit police

DETROIT (FOX 2) - Detroit police are searching for a man they say robbed an elderly individual of his vehicle after asking him for a ride to the gas station.

The carjacking in Detroit happened while the suspect and victim were traveling in the area of Richton and Lawton around midnight Wednesday.

Police say the suspect asked a 71-year-old man for a ride to a nearby gas station prior to the assault. While en-route, the suspect saw a friend and asked the victim if they could also give her a ride. The victim agreed and picked up the woman who police are considering a person of interest.

As they were driving, the suspect assaulted the victim and demanded his vehicle, a green Jeep Commander

Both the victim and the female passenger then exited the vehicle and the suspect fled the scene. 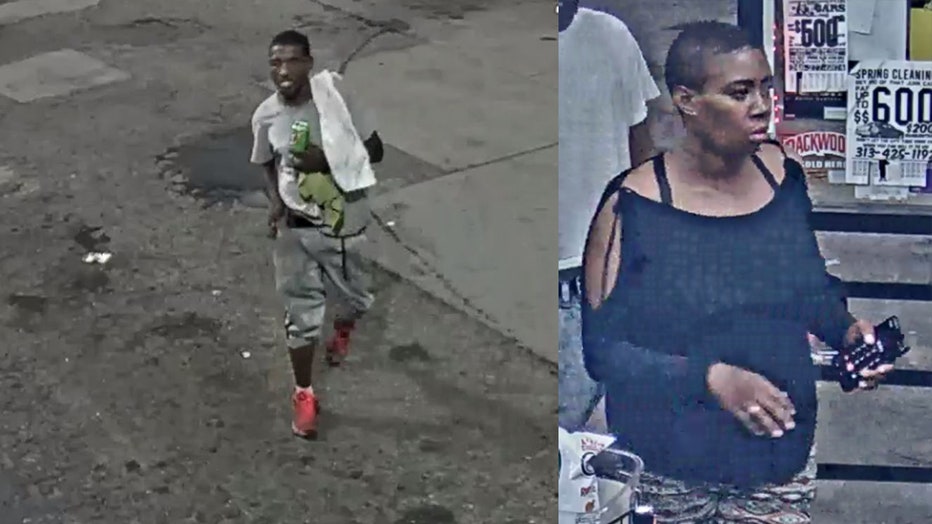 Suspect (left) and person of interest both sought by police in carjacking in Detroit. Courtesy of police.

He was last seen in a gray t-shirt, gray jogging pants with black stripes, and red tennis shoes. Footage of the suspect shows he was also carrying a white towel at a gas station.

The female was last seen wearing a black top with multicolored stretch pants.

If anyone recognizes these individuals, or has any information pertaining to this crime, please call the Detroit Police Department’s Commercial Auto Theft Unit at 313-596-2555 or Crime Stoppers at 1-800-Speak Up.