Suspect kills man after trying to steal his chain

A suspect tried to steal a man's chain before a fight led to a fatal shooting.

DETROIT (FOX 2) - Detroit police is asking for help identifying three suspects in connection to a shooting that killed a 56-year-old man on Sept. 12.

At about 3 p.m. in the 18300 block of Chicago, the victim was speaking to someone in the parking lot when he was approached.

A male suspect got out of the rear passenger side of a gray newer model Escape and grabbed the victim’s chain. A physical altercation ensued and the suspect produced a weapon and fired a shot, striking the victim.

The suspect then got back into the vehicle and fled the location heading westbound toward Penrod. The victim was transported to a local hospital where he died.

Detroit police have released photos and describe the shooting suspect as a man with a large build, shoulder-length dreads, last seen wearing a red t-shirt, blue jeans, and red shoes. 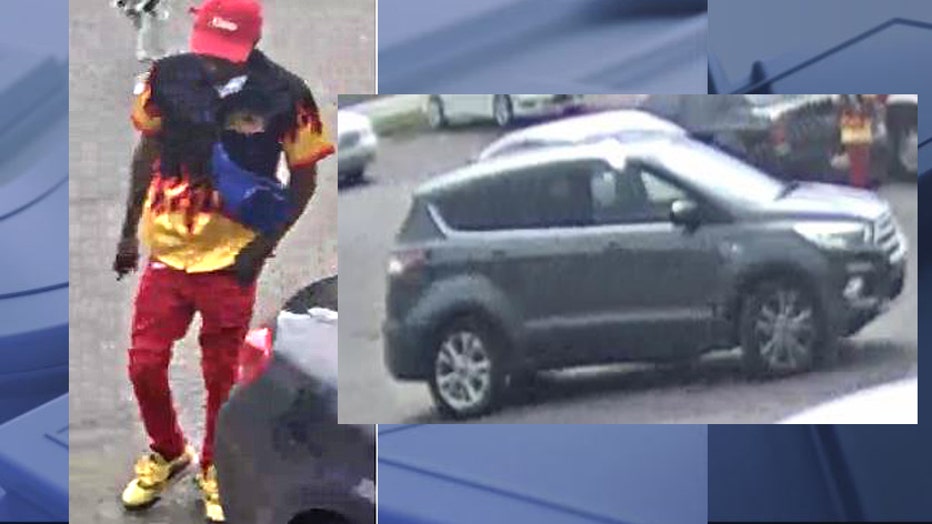 The second suspect is described as a skinny build, last seen wearing a red "Coke" hat, a black shirt with yellow and red flames with red writing on the back, a white undershirt, red pants, and yellow shoes.

No description is available of the driver at this time.