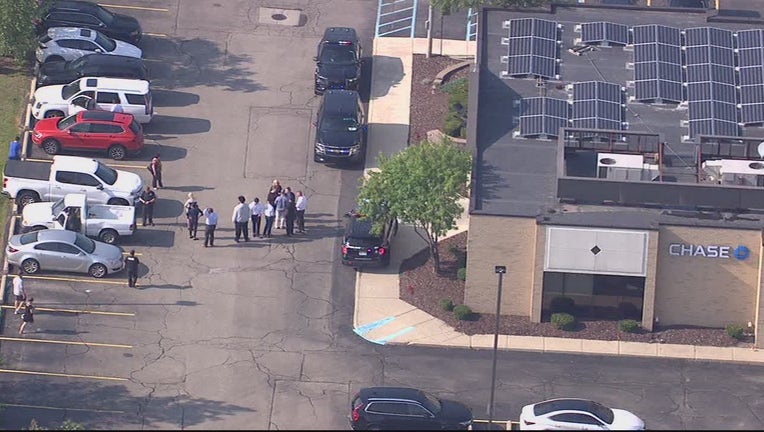 CANTON, Mich. (FOX 2) - A suspect is in custody after a robbery Tuesday at a Chase Bank in Canton.

Police were called to the bank on Ford and Canton Center roads around 4:30 p.m.

The robber was leaving the building as police arrived and went back inside. They let everyone who was in the bank leave but stayed inside for a short while before coming out and surrendering, police said.

No one was injured. The robbery remains under investigation.