MADISON HEIGHTS, Mich. (FOX 2) - The suspect was found slumped over the wheel parked at a Midas on 12 Mile near I-75 Monday night. The manager there called the police who had boxed him in, but he was determined to flee.

Officer body cam video of Madison Heights police doing a welfare check on 31-year-old Justin Crawford.. They were called by Keith Mapes who was closing around 6 p.m. Monday.

Police dashcam shows the cash going from 12 Mile to I-75. The chase would last several miles.

Two officers arrived parking behind him.

"They were able to open the door and were having somewhat of a conversation with the driver. when he started to resist their efforts to turn the vehicle off and get him out," said Chief Corey Haines, Madison Heights.

"They went to wake him up and next thing I know it’s a battle royale in the front seat," Mapes said.

"He slammed the car into reverse with the one officer half in the doorway and she was struck by the door and the push bumpers of her vehicle," Haines said. 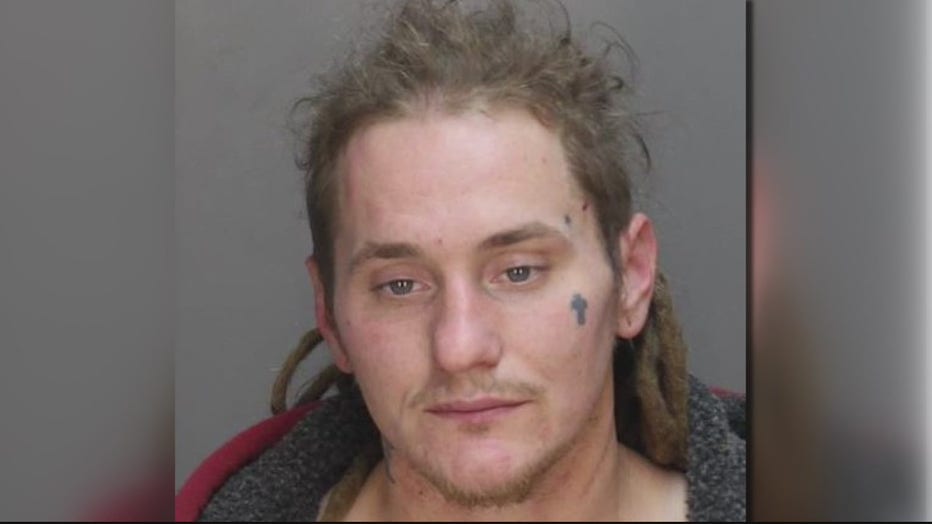 With one officer injured, Crawford drove off.

"He didn’t even take the driveway," Mapes said. "He went over their lawn next door, on to 12 Mile. And how he got away without getting hit,  I have no idea."

Police dashcam shows the cash going from 12 Mile to I-75. The chase would last several miles.

"Through various jurisdictions and around Seven Mile and Conant they lost the suspect," Haines said.

Police continue the search for the suspect.

"He’s clearly shown that he does not want to be taken into custody," Haines said. "I would hate to have anybody else get hurt."

As for the injured officer at first, they thought she had suffered a broken leg, but x-rays came back negative. She is expected to be out of commission for a couple of weeks. Police know this could have been much worse. 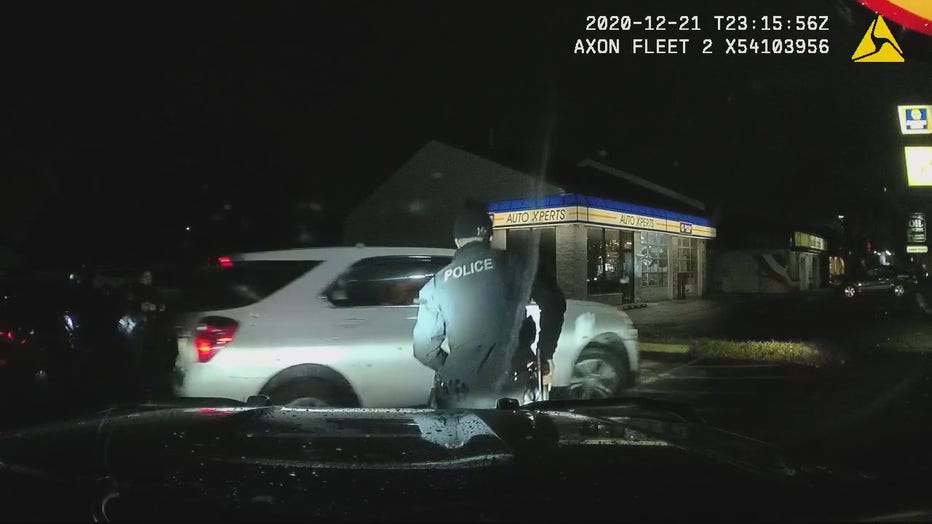 Police know the suspect from past brushes with the law and is a parole absconder.