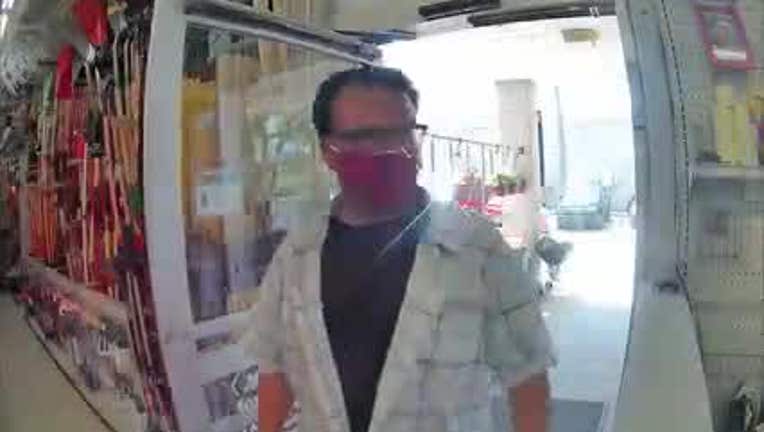 LIVONIA, Mich. (FOX 2) - Livonia police are looking for a suspect who stole a power tool battery from a hardware store July 10.

Police said the man took the Milwaukee battery off the shelf at Hunt’s Ace Hardware at 33567 Seven Mile and hid it under his shirt. He then left, and was last seen on foot.

A suspect is wanted for stealing a power tool battery from Hunt’s Ace Hardware in Livonia.