SOUTHFIELD, Mich. (FOX 2) - Dealva Henley was in disbelief looking at the wreckage of her car in a parking lot at Greenfield and Joy roads. It was hit by an armed robbery suspect who crashed into it.

Southfield police say the suspect robbed a Walgreens customer at gunpoint in the store's parking lot at 12 Mile and Northwestern stealing prescription pills and other valuables. Some of those pills found on the pavement when police were processing the crash scene.

The suspect was in a Chevrolet Tahoe with Ohio plates ended up crashing into Henley's Chevy Aveo. He had parked it just minutes earlier to go into a laundry mat.

Officers took the suspect -- a 39-year-old man from Detroit into custody and they recovered a stolen handgun, believed to be used in the armed robbery.

Meanwhile Henley is thankful she and her daughter were nowhere near her car during the crash.

"I know mistakes happen and things happen," Henley said. "I've got to let go and let God -and just keep on. I can't let this stop me from going." 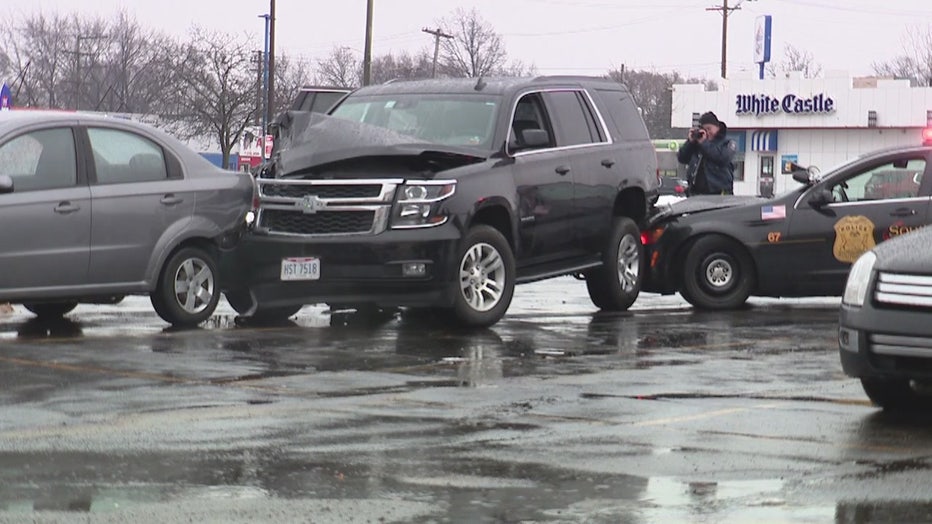