DETROIT - A suspected chip thief was trying to walk away from Von's Liquor in Detroit with a bag of chips. When he was stopped by a couple of customers, he trashed the store, came back with a gun, trashed it again, and then came back a third time.

It happened Sunday at Greenfield and Fenkel on Detroit's west side. The suspected thief walked into the store and tried to walk out with a bag of chips. Two shoppers fight him to try and hold him for police but he gets away, only to come back very angry and with a gun.

A man is stopped by customers as he tried to steal a bag of chips. He then trashed the store twice and even shot his gun inside the store. But he left some important evidence behind.

Nobody was hit by the bullets and, again, customers took the man down to, again, try to hold him until police arrive. But, again, he gets away.

This time he left two important things: his phone and his wallet.

Police have that in evidence but they didn't arrest him.

"Early this morning he came back and he's doing the same thing," said Salak.

The man was waving the gun around and demanding his stuff back. But Salak had bad news for him: the police had it and he called 911.

But, again, the man was able to get away before the police got there. Salak said it took them about two hours to get to his store this time.

It should be noted that Salak's store is not a Project Green Light station.

If you know who the man is, you're asked to call Crime Stoppers at 1-800-SPEAK-UP. 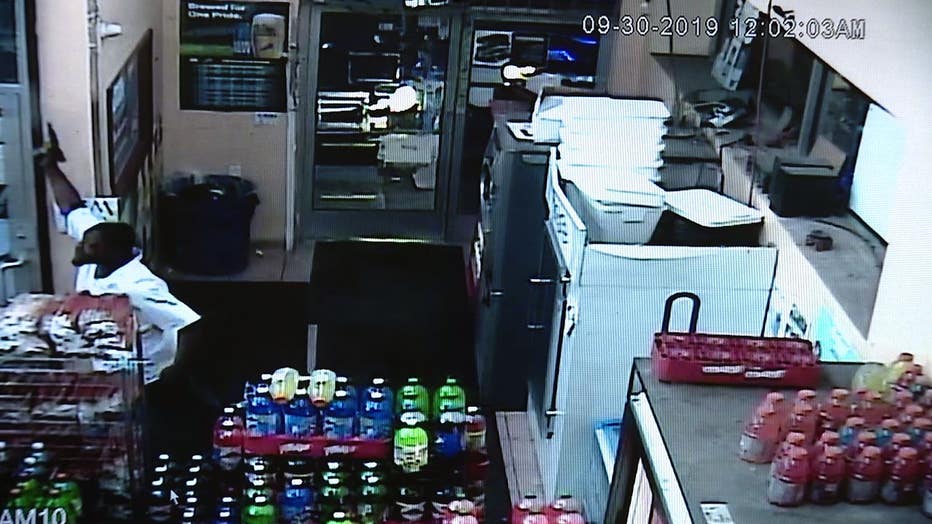