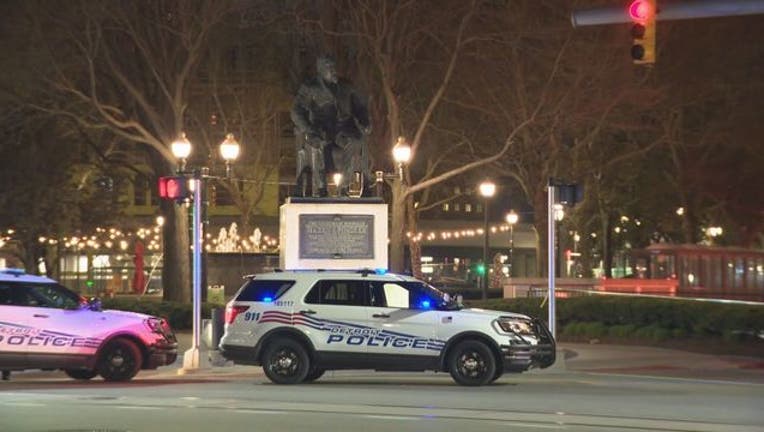 DETROIT (FOX 2) - Detroit police say a suspected shooter near Comerica Park was caught overnight after he rear ended someone.

Police say the victim was walking along Woodward Avenue near Adams when he was shot by someone in a burgundy Chrysler 300.

Police say that vehicle then rear ended another vehicle, and the driver got out and took off running.

The 34-year-old was quickly caught by officers, who believe he's the suspected shooter.

The victim was a man in his 20s. Police aren't sure yet how badly he was hurt.

Police aren't sure yet of the circumstances leading up to the shooting.