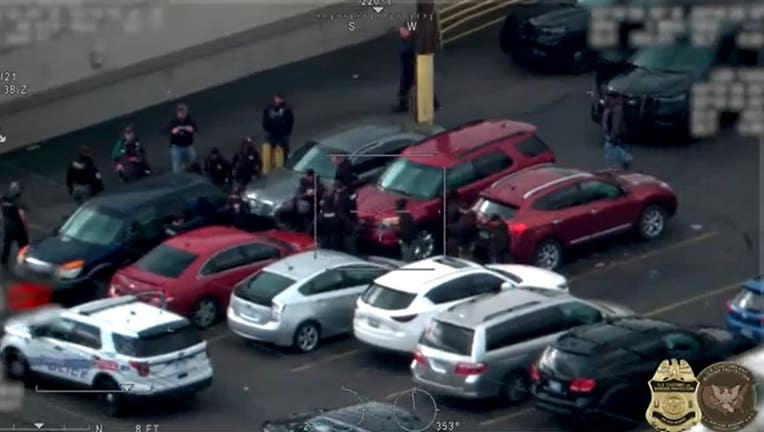 Police said that in late October and early November, about 10 Auto Zones and dollar stores were robbed. Investigators had descriptions of the suspects and believed the crimes were connected.

It was determined that the suspects were driving a car that had been stolen a few days before in Dearborn Heights.

After multiple robberies on Tuesday, police tracked the suspects to Dearborn Heights. After officers determined that the suspects were inside an IHOP, they were able to arrest them when they came outside.

Dearborn and Dearborn Heights police, as well as a Customs and Border Patrol aircrew, helped with the arrests.

Police said the suspects arrested matched the descriptions of the people from the robberies. According to police, the suspects confessed to some of the crimes but not all of them.

Investigators recovered evidence, including clothing worn during robberies and a firearm they believe was used in the robbery.