A Gibraltar mom says two men jumped out of an SUV and tried to steal her young baby this week, now police are searching for a black SUV.

GIBRALTAR, Mich. (FOX 2) - Gibraltar Police are searching for two men who jumped out of an SUV and tried to abduct a baby from the child's mom as she was pushing her daughter in a stroller.

Police said it happened Wednesday night as Alexis Meyers was pushing her daughter in a stroller as she walked to a restaurant.

It was windy that night and Meyers pushed her one-month-old girl, Zaaria, to the Gibraltar Grill for some food. As she was walking home, near downtown, she said a black SUV pulled up with two men inside.

They got out and tried to grab the stroller her daughter was in.

Carrie Valadaz lives nearby and said it was obviously a terrifying experience, especially considering she has a 2-year-old boy too.

"I was pretty shocked. This area is pretty safe," she said. "Honestly I do a lot of research in human trafficking and I know kids are a big target."

The men weren't able to get the little girl and got back into car and took off.

"Thank God that lady did have her car seat strapped into the stroller what a scary thing," Valadaz said.

The baby and her mom weren't hurt. She said the suspects were two white men, both in their 30s, and one with a full beard.

Valadez doesn’t really even know what to make of the claims but says it’s a reminder to always be aware.

"Know your exit, know your way out. Kind of watch and don't be distracted. Don't be on your phone. With a little one, it's easy to be distracted," she said.

We talked to the Gibraltar Police Chief on Friday who said they're working to get surveillance video to figure out who owns the black SUV and the men inside. 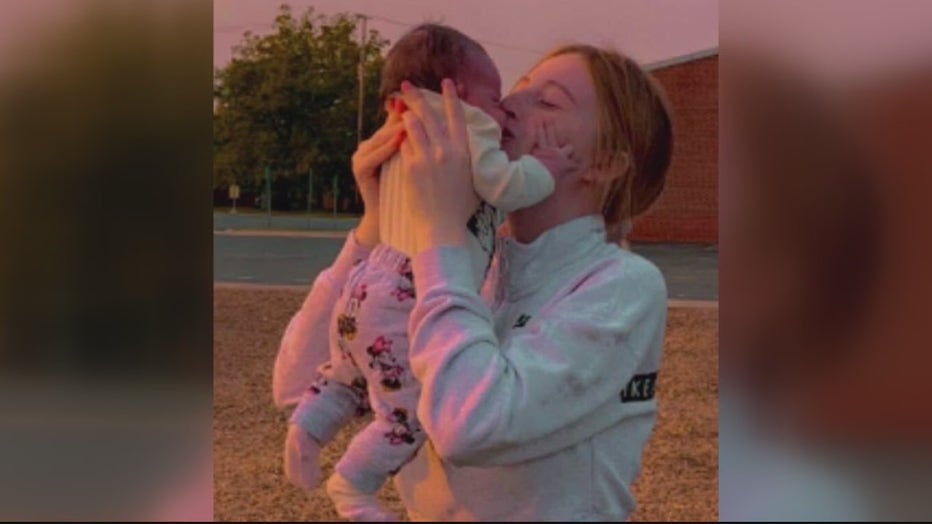 Alexis Meyers and her 2-month-old baby, Zaaria. Meyers said two men tried to abduct her baby this week while out for a walk.