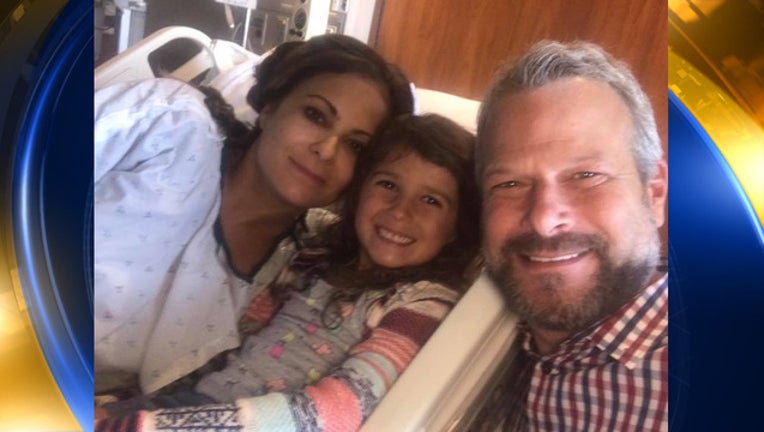 (WJBK) - FOX 2's Taryn Asher is reminding people, especially women, to pay attention to their bodies after having two health scares this month.

While on vacation up north, Taryn thought she got food poisoning. She went to Urgent Care and they confirmed it. So she carried on, going to the gym and even working on the 4th of July, but the next day she woke up with a fever.

She saw her doctor -- who sent her straight to the ER. Turns out, Taryn was actually bleeding internally after a cyst ruptured.

"They found nearly 2 liters of blood in my abdomen," Taryn wrote on Facebook.

If she hadn't come in when she did, doctors say she could have died.

She received two blood transfusions and underwent emergency surgery. She recovered well and was able to go home the next day.

But, it didn't end there.

On Sunday, Taryn noticed swelling in her arm. Fearing a blood clot, she went back to the ER.

She was right, it was a blood clot, but additional blood tests revealed something else -- she had high troponin levels, meaning something was wrong with her heart.

After more testing, doctors determined she had pericarditis, inflammation of the tissue around the heart caused by a random virus.

"How did I not know I was internally bleeding? Thank God I got that fever - or I probably would have ignored the symptoms," she wrote. "I just want to remind people - especially women - who tend to ignore their symptoms- pay attention to your body! I learned the hard way. I hope to be back to work sometime next week!! See you soon."