Police are warning people not to jump into the Huron River after an Ann Arbor high school student died doing so this week. However, that hasn't stopped people from doing it.

ANN ARBOR, Mich. (FOX 2) - A 10th grader drowned Wednesday when he jumped off of a train trestle and into the Huron River, according to the Ann Arbor Police Department and the school district.

Alex Walker has been identified by the school district as the drowning victim in a statement released on Thursday. According to the statement, Walker jumped off of the train trestle at Bandemer Park while with friends from Pioneer and Skyline high schools.

According to a press release from the Ann Arbor Police Department, they were called to the bridge on a report that a juvenile had jumped into the water but had not come up. Officers tried to find the spot he was last ween when a witness pulled him from the river nearby.

Ann Arbor Police said when Walker was pulled from the water, he had a pulse but was critical. He was rushed to the hospital where he was later pronounced dead.

Jumping from the bridge is illegal and the Ann Arbor Fire Department said there are unseen hazards in the water and the current of the river is strong and unpredictable.

On Thursday, as FOX 2 was getting video fo the bridge, people could be seen jumping into the water. 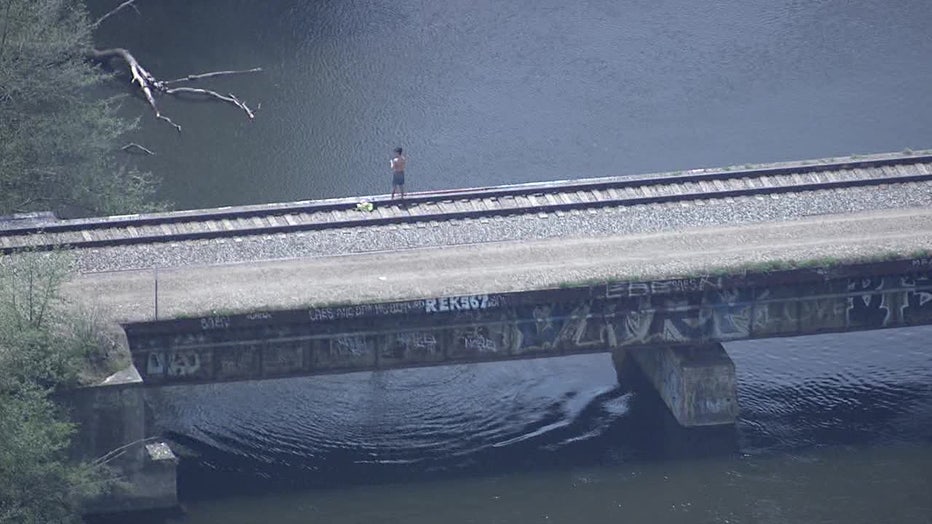 A person stands on the train trestle over the Huron River just one day after a 10th grader drowned in the river.