DETROIT (FOX 2) - Police are investigating the death of a 17-year-old female inside a home on Detroit's west side.

Those inside the home on Grandville, near Chalfonte, heard noises like screaming coming from the basement Thursday afternoon. When they went downstairs, they found the girl unresponsive.

Noises and screams came from the basement Thursday on Grandville

"We had a serious domestic violence situation which resulted in a homicide," said Cmdr. Darrell Patterson.

The teen was pronounced dead. Police set up a perimeter and soon after an 18-year-old man was taken into police custody. Preliminary information shows it is the victim's boyfriend.

Detroit police say officers are familiar with this house and have been called there several times for domestic issues.

"The officers that were on the scene said they've been here a few times," Patterson said. "So yes, it seems like this address was possibly troubled."

Neighbors like Ashely Tucker were uneasy looking at the crime scene, taped off for more than 8 hours. 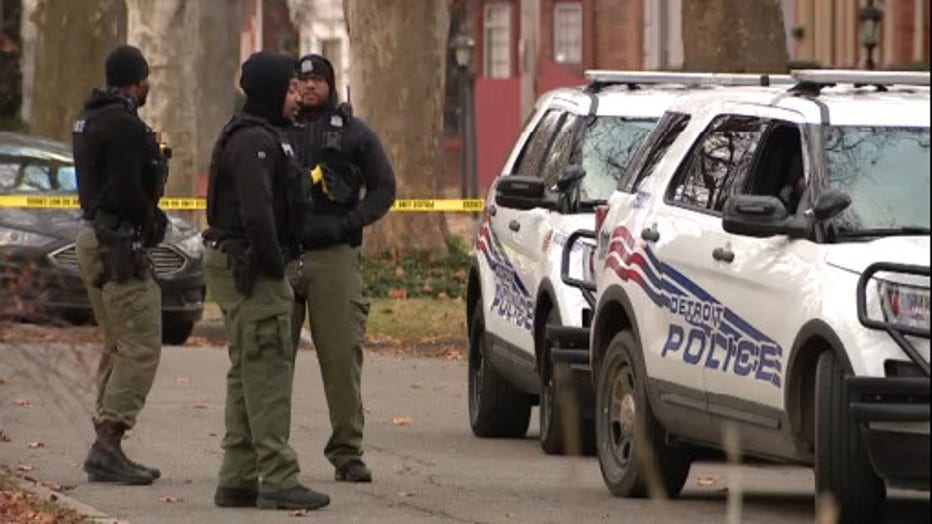 "It's very sad, it's unfortunate my prayers go out to the family," she said.

Police are calling this an isolated domestic situation and are not looking for any additional suspects.