Clawson teen dies after being shot by stepdad during standoff, police say

The 15-year-old was the stepdaughter of a man who shot her and his neighbor before barricading himself in his home during the afternoon, police said. He eventually died by suicide.

CLAWSON, Mich. - The teenager that was shot during a domestic situation in Clawson on Sunday has died.

The 15-year-old was the stepdaughter of a man who open-fired at her and his neighbor before barricading himself in his home during the afternoon. He eventually died by suicide.

The Clawson Police Department posted the update Monday morning on their Facebook page.

The situation escalated around 2:30 p.m. after officers responded to reports of shots fired at a home on the 400 block of W. 14 Mile.

A 45-year-old man had shot both his step-daughter and his neighbor before running back into his home and barricading himself inside.

Police from Troy and Royal Oak eventually joined Clawson police in the neighborhood after they found the two victims. Both were transported to a hospital where the teen's status was listed as critical condition.

She later died of her injuries.

SWAT team members and negotiators were called to the residence to help coax the suspect shooter out of his home. They eventually lost communication with him.

Soon after, police found the suspect's body with a self-inflicted gunshot wound. 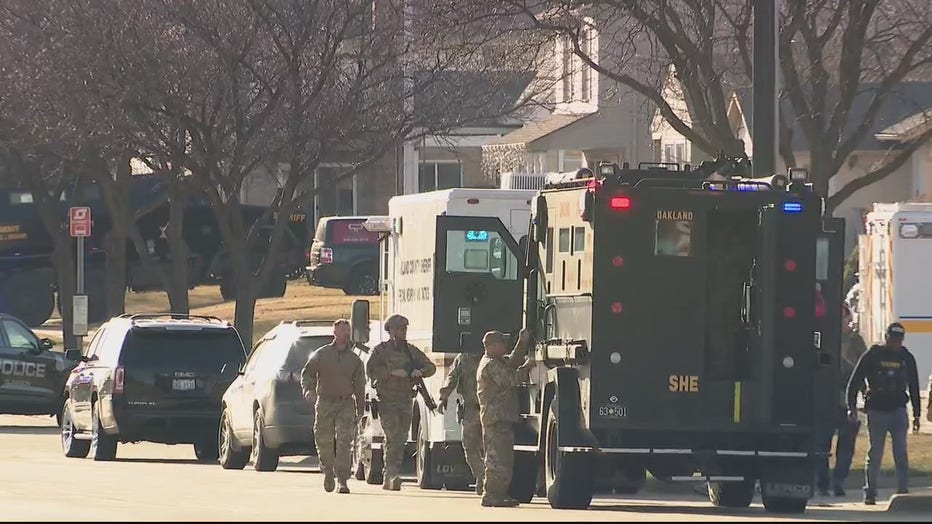