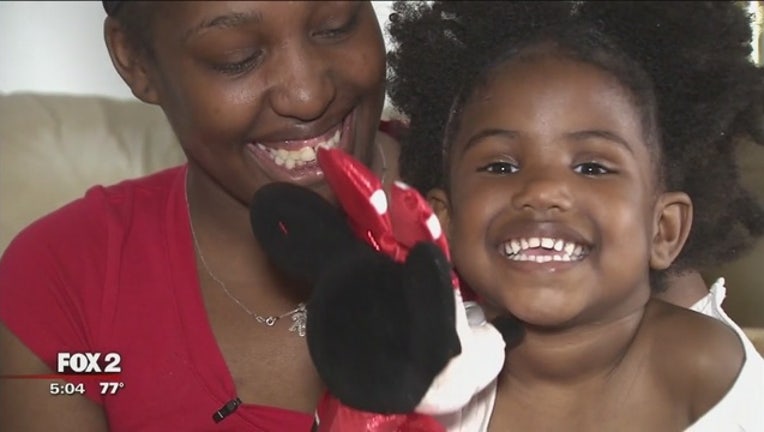 DETROIT (WJBK) - A teenager has surrendered to police in connection to a brick throwing that nearly killed a 2-year-old girl.

Robyn Rivers suffered a fractured skull when someone threw a brick through the window of the car she was riding in last month.

Her mother, Barbara Williams, said they were driving along the I-75 Service Drive near Forest in Detroit when they saw a man run out in front of the car.

He then ran back to the sidewalk, picked up a brick and threw it at the car through the rear passenger window.

The brick shattered the glass and hit her daughter in the head.

Robin underwent surgery and spent several days in the hospital after the assault.

Police haven't yet said what caused the man to throw the brick.