MADISON HEIGHTS, Mich. (FOX 2) - The Michigan Department of Environment, Great Lakes and Energy (EGLE) said Friday that there has not been any drinking water contaminated from the green ooze that was found leaking onto 696 in December.

According to EGLE, test results from drinking water and groundwater from the area around the polluted site show the green ooze did not affect the quality of drinking water for Madison Heights and has also no moved south into Hazel Park.

The ooze was found leaking onto 696 at Couzens in Madison Heights in mid-December. According to the EPA, the substance is Hexavelent Chromium - a chemical used in manufacturing and is a known carcinogen. 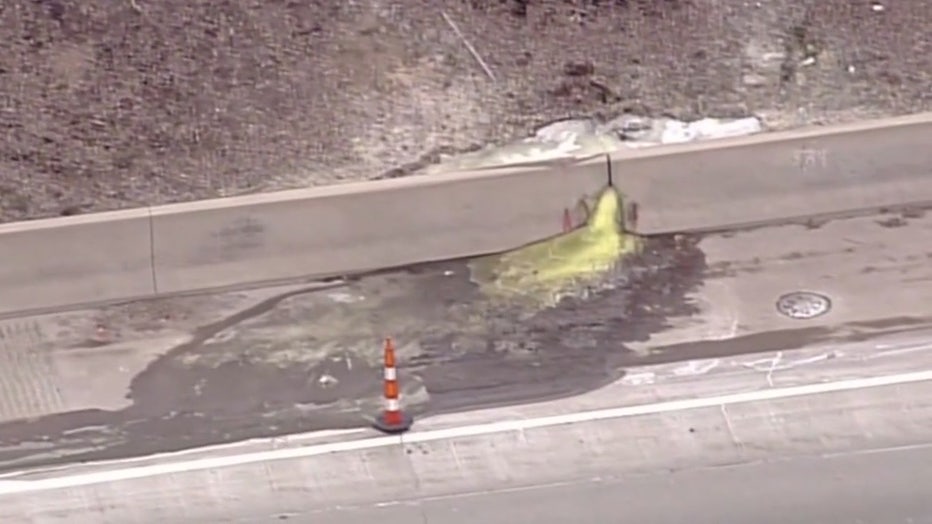 The EPA was testing the substance earlier this month while the man allegedly responsible, Gary Sayers, pleaded guilty to illegally storing hazardous materials at Electro-Plating Services in Madison Heights, which is where the substance leaked out of before going into the ground and eventually onto 696.

The EPA tested the water from south of E. 10 Mile Road in Hazel Park and no hexavalent chromium was found. The results of soil samples taken at the same location is still pending.

Additionally, water systems that draw their water from Lake St. Clair and the Detroit River, downstream from the contamination, have tested their water as a precaution. Results are available from Grosse Pointe Farms' and Wyandotte's systems. They show levels of hexavalent chromium - the chemical that gave the highway liquid its green color - less than 1/1,000th of the drinking water standard.

Test results from Madison Heights municipal water released this morning, show no contaminants exceeding drinking water standards, a consultant for the city reported. Tests from other water systems are pending.